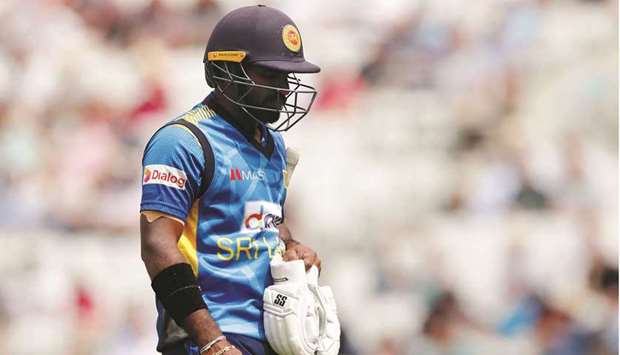 Sri Lanka has named all-rounder Dasun Shanaka as captain in place of the injured Kusal Perera for the one-day series against India starting tomorrow.

Fast bowler Binura Fernando was also injured during practice on Thursday and will miss the 50 over games, the board added. Perera, 30, had been under pressure even before his injury because of Sri Lanka’s poor performances, and was tipped to be replaced by Shanaka.

Sri Lanka’s preparations have already been disrupted by the positive Covid-19 test by batting coach Grant Flower after the team returned from a short England tour.

Three Sri Lankan players, including vice-captain Kusal Mendis and wicketkeeper batsman Niroshan Dickwella, were sent home early after they left the bio-secure team hotel in England for a night out.

The three players and Flower face an investigation into whether they breached Covid-19 restrictions in England. The India matches were delayed by five days to July 18 following the positive tests by Flower and a team data analyst.