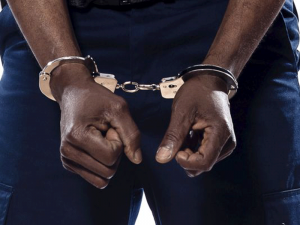 Four fake intelligence officers have been arrested after being apprehended by area residents in Moragahahena.

Police spokesman Senior Deputy Inspector General (SDIG) Ajith Rohana said the suspects had pretended to be police intelligence officers and had visited several areas in and around the Velmilla village.

They had specifically conducted inspections on people who are involved in illegal activities, such as the brewing of illicit liquor, and had demanded money.

On suspicion, the area residents had detained the suspects and had handed them over to the Moragahahena Police.

SDIG Ajith Rohana said the suspects have been identified as residents of Piliyandala, Mount Lavinia, and Katubedda.

He said they have been remanded after being produced before the court yesterday. The Moragahahena Police are conducting further investigations.

The Police spokesman further said the public have a right to request identification from Police officers who are engaged in duties in civil attire.