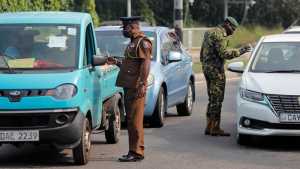 The Sri Lanka Police is to introduce a demerit points system for drivers to curb road accidents.

Police spokesman Senior Deputy Inspector General (SDIG) Ajith Rohana said a special Police programme in this regard will be implemented in the future.

He said modern technology will also be utilised to monitor reckless drivers and traffic violations.

The Sri Lanka Police is set to launch the special programme due to a significant increase in road accidents observed once again.

SDIG Ajith Rohana said 09 deaths due to accidents were reported in the 24-hour period ending at 06 am today.

He said it has been observed that small vehicles, such as motorcycles, three-wheelers, and pedestrians are the common victims of road accidents at present.

The Police spokesman said measures will be taken to curb road accidents in the country. (Colombo Gazette)