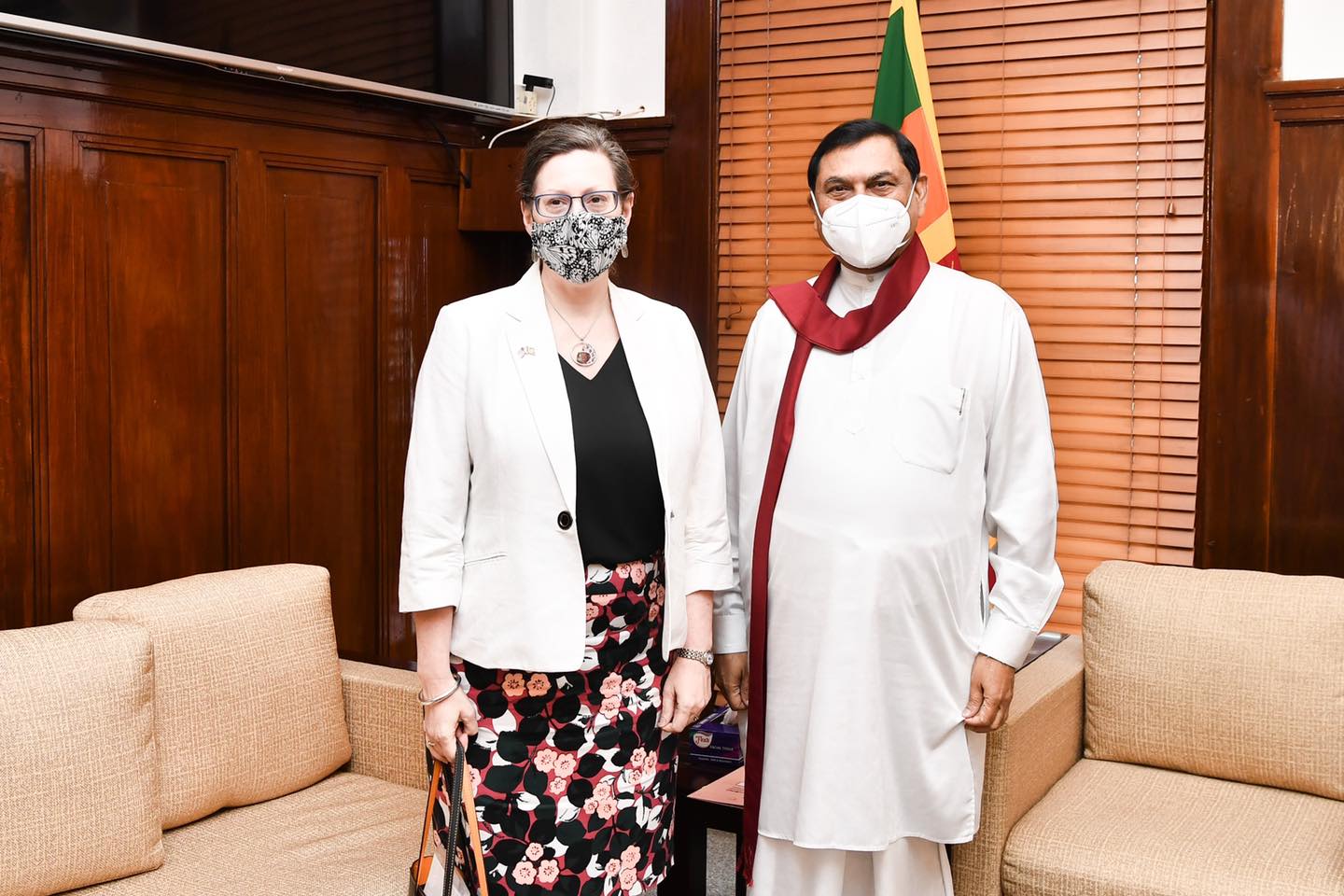 Rajapaksa said that he articulated his commitment to collaborate closely with all of Sri Lanka’s international allies in bringing investments to the country.

“Full day of meetings with several Ambassadors and High Commissioners to articulate my commitment to collaborate closely with all our international allies in bringing investments to SL which will accelerate growth and open new opportunities for Sri Lankans,” the new Finance Minister said.

Basil Rajapaksa met diplomats from India, the US, UK, China, the EU, France and Russia, among others.

The Indian Finance Minister had conveyed her felicitations to the new Sri Lankan Minister.

Rajapaksa and Sitharaman also discussed several matters of mutual interest in the economic sphere especially in the context of economic recovery across the globe post Covid. (Colombo Gazette)