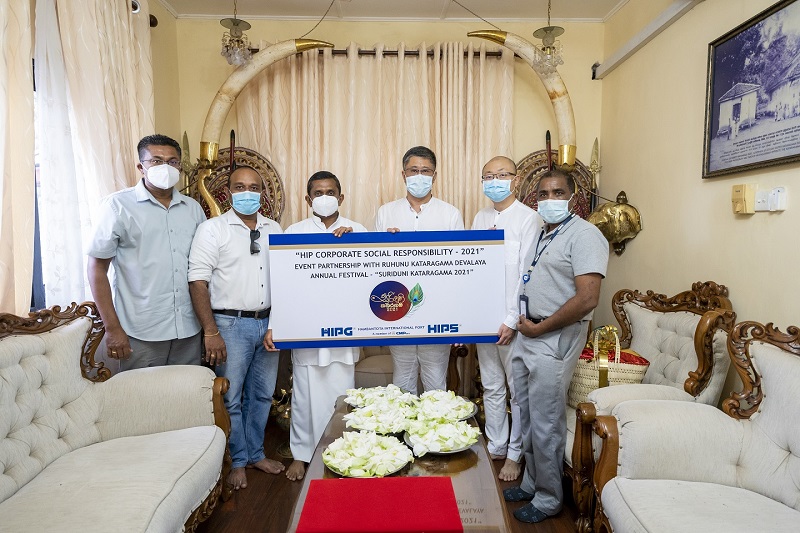 The Hambantota International Port (HIP) partnered with the Kataragama festival as a part sponsor for the 3rd consecutive year. The festival is to be held on a low key this year due to the pandemic situation.

“The Kataragama festival is the biggest annual multi-cultural event in the Southern Part of Sri Lanka and is not only a religious festival but a glamorous cultural event that characterises the religious harmony of the island. Thousands of devotees from different religious backgrounds gather annually during the period of July to pay homage to this sacred place. HIP has always encouraged diversity and this sponsorship is in line with the port’s social responsibility to promote cultural and religious activity in the region,” says Jeevan Premasara, Senior General Manager HR of Hambantota International Port Group (HIPG).

During the visit, Mr. Liu and the Management team worshiped the “Kiri Vehera” dagoba and took part in religious observances organized by the Basnayake Nilame to invoke blessings for the future development of HIP and its successful operations through the year. The Basnayaka Nilame gifted a special memento to Mr. Liu to mark the visit.