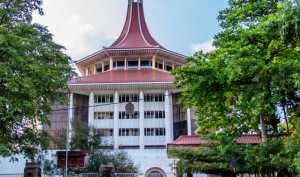 The Fundamental Rights (FR) Petition filed against the handing over and lease of state property to ‘Selendiva Investments’ will be taken up for consideration on 21st September.

A FR petition was filed with the Supreme Court on 30th June by Engineer Kapila Renuka Perera.

The petitioner requested an order to be made on the Finance Secretary preventing any state-owned property from being handed over or leased to Selendiva Investments or Selendiva Leisure Investments.

The petitioner claims that several entities that are owned by the Government and in which the Government holds a majority stake have already been handed over or leased to Selendiva Investments or Selendiva Leisure Investments, without the approval of the Cabinet of Ministers.

Pointing out that the hand-over of Government property in such a manner is a violation of Sri Lanka’s Constitution and the Financial Regulations of the Government of Sri Lanka, the petition said such a process threatens the country’s sovereignty and violates the fundamental rights of the citizens of the country. (Colombo Gazette)