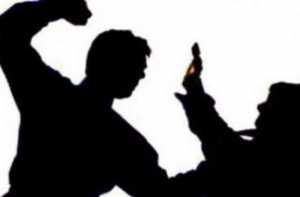 Two youths have been arrested for assaulting the Railway Guard of a train that was stopped at the Dehiwala Railway Station last morning.

Police spokesman Senior Deputy Inspector General (SDIG) Ajith Rohana said the suspects had attempted to board the train, which was travelling from Wadduwa to Ragama, without wearing face masks.

The youths had assaulted the Railway Guard after he had instructed them to board the train after wearing their face masks.

SDIG Ajith Rohana said the injured Railway Guard is receiving treatment in hospital, while a complaint has been filed with the Dehiwala Police on the incident.

Investigations launched by the Police had led to the arrest of two youths aged 20 and 27, who are residents of Dehiwala.

Cop beaten to death in Tangalle