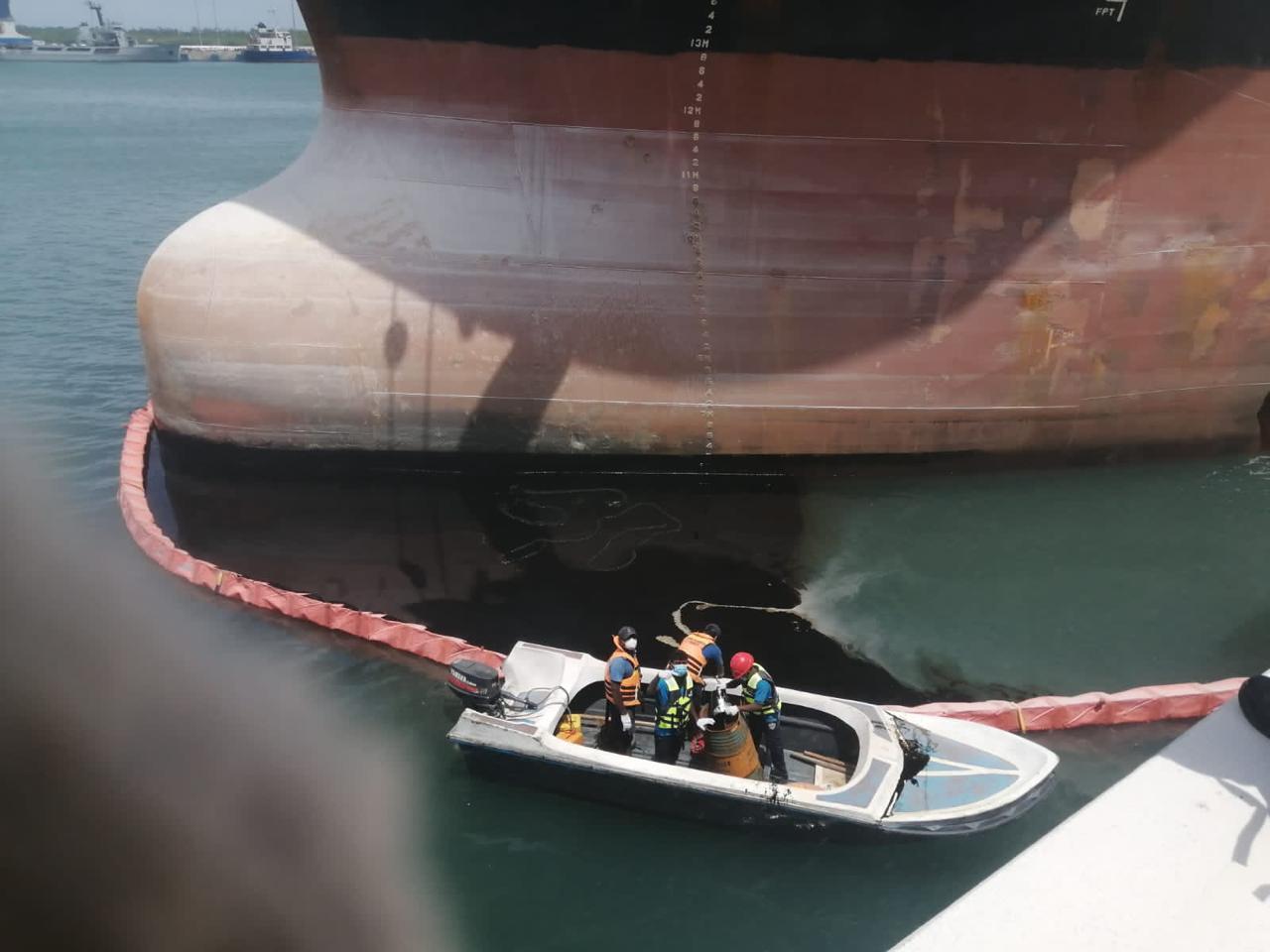 A commercial vessel has been detained following an oil spill in Hambantota.

The cleanup operation of the minor oil spill at the Hambantota Port has been completed, the port authorities said.

The minor oil spill occurred during bunkering at the Hambantota International Port (HIP).

The oil has been successfully cleaned up by the Emergency Response Unit of the port.

The oil spill occurred at approximately 6 pm on Sunday, 11th of July 2021 whilst a bunkering barge was refueling a commercial vessel that had called at the port.

“Minimal chemicals were utilized in the cleaning operation, keeping the environment in mind by using ecofriendly means- including manual oil retrieval was carried out. This method took more time but it’s a more effective and thorough way of cleaning up smaller oil spills,” says Ravi Jayawickreme, CEO of Hambantota International Port Services.

Meanwhile, the commercial vessel has been detained until costs incurred are accepted and settled by its owners. (Colombo Gazette)