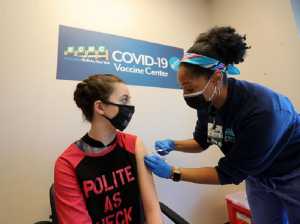 No decision has been taken as yet to administer the COVID-19 vaccine to children in Sri Lanka, State Minister Dr. Sudarshini Fernandopulle said today.

The State Minister of Primary Health Care, Epidemics, and COVID Disease Control told Colombo Gazette when inquired if the Government was mulling vaccinating children between the ages of 12-18.

She said a discussion has not been held in this regard as yet and it has not been raised at the meeting of the Covid Task Force chaired by President Gotabaya Rajapaksa.

Stating that certain foreign countries have commenced providing the Covid vaccine to children, the State Minister said it has not been considered in Sri Lanka yet.

Dr. Sudashini Fernandopulle further said the Government was focussing on vaccinating specifically those above the ages of 30 and 60 at present.

She added that once the vaccination of the elder generation is completed, then the Government may consider vaccinating children.

The State Minister said a decision in this regard might be taken in the near future. (Colombo Gazette)