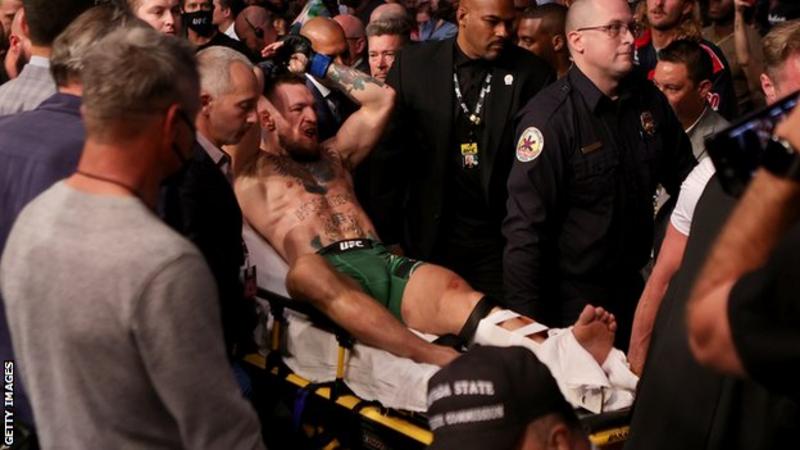 Conor McGregor promised to return “better than ever” after having surgery on the broken leg sustained in defeat by Dustin Poirier on Saturday.

The 32-year-old Irishman left the UFC 264 octagon on a stretcher and with his foot in a protective boot in Las Vegas.

Replays showed him rolling over on his ankle as he stepped backwards late in round one and the fight was stopped moments later.

“A clean break of the tibia and it was not to be,” McGregor said on Instagram.

“Dustin, you can celebrate that illegitimate win all you want but you’ve done nothing in there. That second round would have shown all.

“Onwards and upwards we go. We come back better than ever.”

McGregor’s future in the sport was already a hot topic going into his third contest with Poirier.

In his post-fight interview he explained that in his mind, his rivalry with Poirier was “not over”.