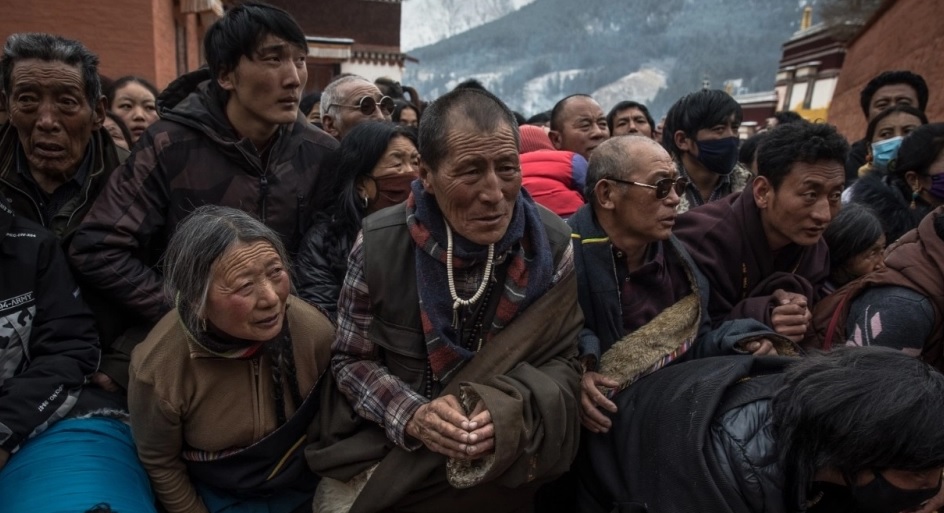 A recent Indian action brings back to the discussion table the centrality of Tibet to the geo-political relations between China, India and the United States.

On the face of it, it is an innocent action: Indian Prime Minister Narendra Modi calling up Tibetan spiritual leader, the Dalai Lama, on the occasion of his 86th birthday. As a follow-up, Modi tweeted about the conversation in which he wished the latter a “long and healthy life”.

The Chinese do not think it is innocent. They would rather believe that India has let it be known that it getting interested in Tibetan affairs which revolve around the discovery of the successor to the Dalai Lama.

That the Indian action comes in the context of the United States, during the presidency of Donald Trump, brought in the Tibetan Policy and Support Act that asserted that finding the next Dalai Lama is purely a Tibetan affair and that only the Dalai Lama can have control over the process of finding his reincarnation.

The stands of the two countries on the subject converge when the Xi Jinping government is in the midst of giving the final brushes to its Tibet policy that goes beyond the development of the autonomous region. In fact in the last decade, China has resisted attempts by either India or the “anti-China West” to show any interest in Tibet.

This time, China is yet to respond to Prime Minister’s Modi’s tweet on the Dalai Lama. However, there are many instances in the past of China expressing its displeasure at such actions. In 2011, China’s opposition to a religious conference to be attended by the Dalai Lama in New Delhi led to the cancellation of schedule talks between the two countries. India refused to either cancel the conference or disallow the Tibetan leader from addressing it.  The Chinese foreign ministry reacted strongly that China was opposed to any country that gave a platform to the Dalai Lama.

The Indian tweet reveals its significance also in the international context of the world community’s efforts to isolate China first over its reluctance to agree to a transparent probe into the origins of the Coronavirus outbreak and its spread and later, about its aggressive manner of handling disputes with its neighbours.

The Indian Prime Minister spoke with the Dalai Lama on the latter’s birthday, greeted President Joe Biden on the American Independence Day but did not greet China on the centenary celebrations of the Chinese Communist Party. Also, India is currently involved in a border standoff with China which is refusing to fully disengage from its intrusion into the Indian side of the Line of Actual Control in Ladakh.

For China, there are two reasons for keeping Tibet under wraps. The first has to do with the Dalai Lama’s successor. China under Xi Jinping has finally given up efforts to lure the leader back to Tibet. With every passing birthday of the Dalai Lama, China is insistent on having control over the choosing of the successor. It wants to control the next spiritual leader in order to control him and put an end to the movement for Tibetan independence. Such an eventuality would automatically reduce India’s influence over Tibetan affairs, it assumes. Moreover, the CCP is of the view that more than Sinicisation of Tibet, what is needed is control over Tibetan Buddhism – possible with a Chinese-elected Dalai Lama – in order to influence South Asian countries like Sri Lanka and Nepal and bring them once again into its Belt and Road Initiative (BRI).

Secondly, the autonomous region of Tibet, like its neighbour Xinjiang, is a key factor to Xi’s BRI project in South Asia. China has invested heavily in building a passageway connecting Tibet to South Asia. It is one of the major elements of the 14th five-year plan for 2021-2025. The actual details of the passageway or its route are not known. President Xi is interested in connecting Tibet and Nepal with a trans-Himalayan multi-dimensional connectivity project including a Nepal-China cross-border railway under the BRI.

Urgent economic development of Tibet is required to handle such massive infrastructural activities. China has helped built a comprehensive Free Trade Zone in Tibet’s Lhasa and Xigaze and improved the system of preferential foreign-trade policy. Transport, housing, markets and industrial parks are being built to make the region prosperous.

Such prosperity, in the CCP’s view, would also help the Tibetan people experience relative prosperity and gradually distance themselves from the independence movement of the Dalai Lama run from its Indian headquartes in exile.

That is also the reason why unlike Xinjiang, Tibet has not yet suffered the brutal impact of Sinicisation of Tibet. The Chinese government has till date not interfered in the religious affairs of the Tibetan people unlike the Uighur Muslims of Xinjiang. They want both the cooperation of the Tibetan people as well as a friendly relationship with countries where Buddhism is a prominent if not the chief religion.

In a white paper brought out in May – the third in Xi’s tenue after 2015 and 2019 – China laid bare its carrot and stick policy for Tibet. On the Dalai Lala issue, it stated: ‘Imperially Approved Ordinance for Better Governance of Tibet’ promulgated in 1793 that stipulated that the “reincarnation of the Dalai Lama and other grand Living Buddhas had to follow the procedure of ‘drawing lots from the golden urn’, and the selected candidate would be subject to approval by the central government of China”.

The paper said the prosperity of the Tibetan people ultimately depends on how loyal they are to the CCP and Chinese law: “All experience since liberation has proved that without national security, the fundamental interests of the ethnic groups of Tibet cannot be protected. Without a stable social environment, there will be no economic, cultural or eco-environmental development, nor can the people’s right to a stable and happy life be guaranteed.”

If the Tibetan people are unwilling to cooperate with the government they will face more ‘sticks’ including the threat of Sinicisation of Buddhism: “We must develop religions in a Chinese context, and handle religious affairs in accordance with the law….These guidelines, embodying Xi Jinping Thought on Socialism with Chinese Characteristics for a New Era…. Only by following the Party’s guidelines for governing Tibet in a new era can the region transform into a modern and beautiful new socialist Tibet characterized by unity, prosperity, civility, and harmony.”