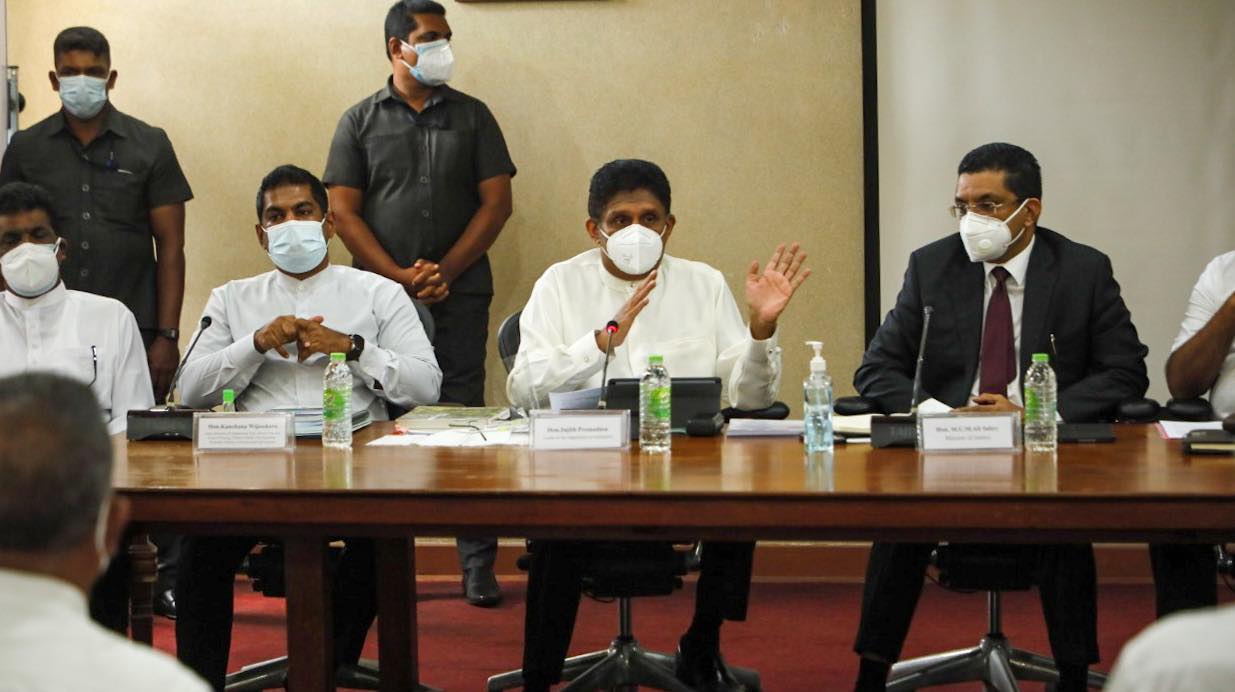 Leader of the Opposition Sajith Pramadasa attended a review meeting held at the Ministry of Justice today to discuss matters related to the X-Press Pearl fire.

Pramadasa attended the meeting after accepting an invitation extended by the Government.

Last week Premadasa accepted an invitation to attend the Government meeting to discuss the damage caused to Sri Lanka as a result of the fire on the X-Press Pearl ship.

Minister of Ports and Shipping, Rohitha Abeygunawardena extended the invitation to Premadasa in Parliament.

He invited Premadasa to attend the meeting today with the participation of the Ministers of Ports and Shipping, Justice, Environment, Fishing and Foreign Affairs.

“Let us set a new example. Let us get together and address this,” Abeygunawardena had said.

The invitation was extended after Premadasa made comments related to the damage caused to the environment by the X-Press Pearl ship.

The owners of the X-Press Pearl ship had agreed to pay an interim compensation to Sri Lanka to cover the cost of damage caused by the fire on the ship.