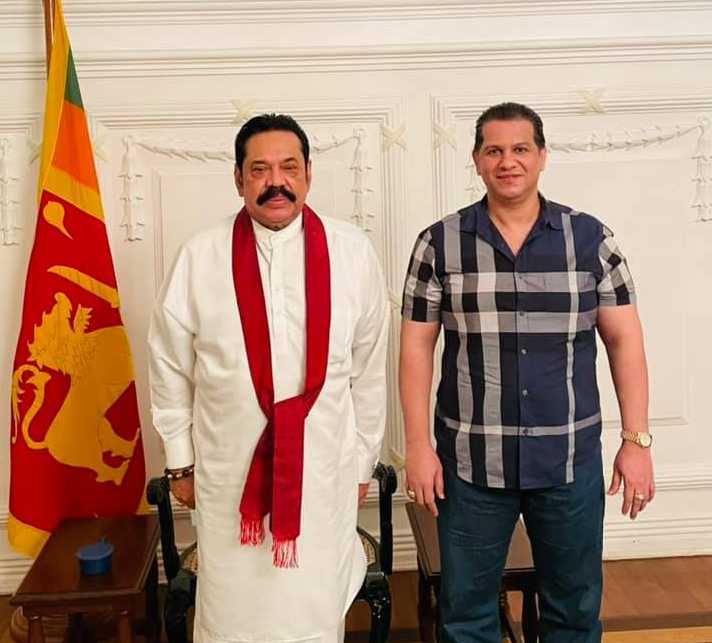 Duminda Silva posted images of the meeting on his Facebook page.

Silva was granted a presidential pardon last month and was set free.