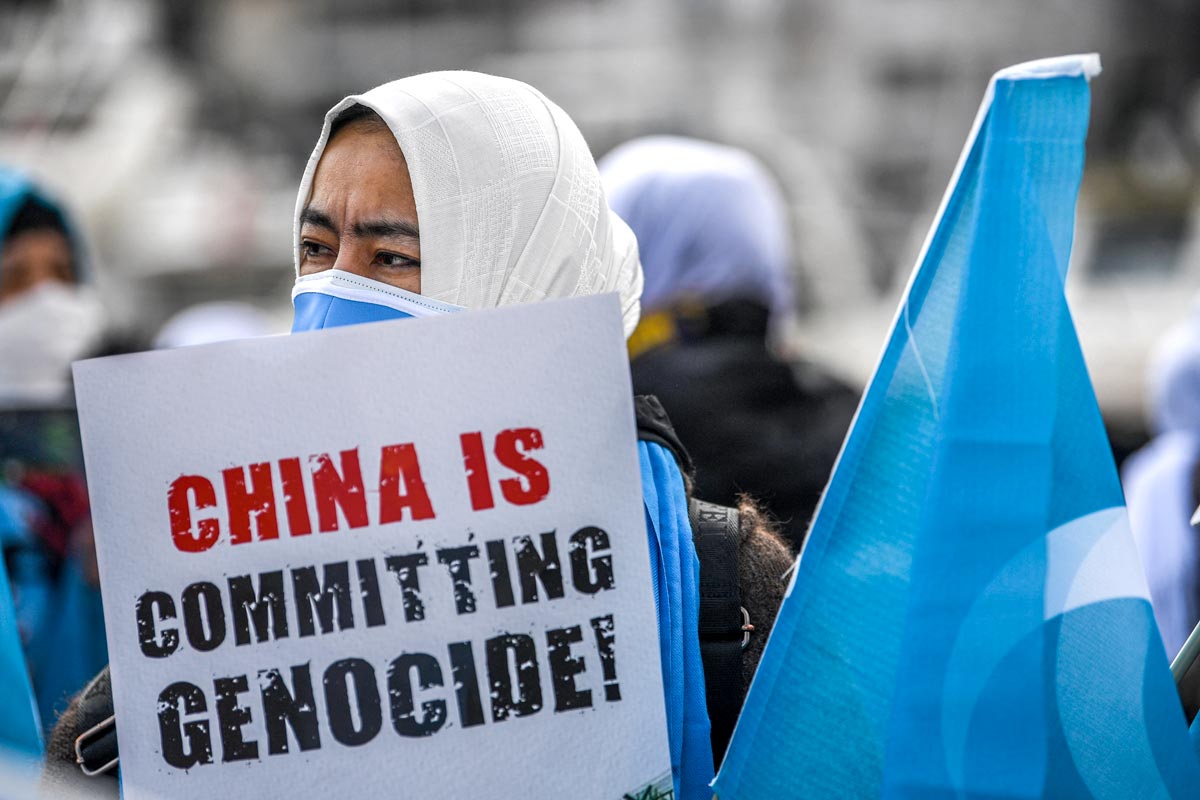 The British government should back a political boycott of the 2022 Winter Olympics in Beijing to pressure the Chinese government over the “genocide” of Uyghurs and other ethnic groups in the northwest province of Xinjiang, an influential group of lawmakers said Thursday.

The cross-party Foreign Affairs Committee, which is led by Conservative lawmaker Tom Tugendhat, said in a report that the “atrocities” being committed in Xinjiang “represent an international crisis of profound urgency, making it unconscionable for any civilized government to look the other way.”

China, which rejects the accusations of abuses in Xinjiang, has denied the United Nations unfettered access to the region to investigate the claims.

Tugendhat said the Conservative government of Prime Minister Boris Johnson “should recognize” the decision of British lawmakers in April to declare Beijing’s policies against the Uyghurs and other predominantly Muslim and ethnic Turkic minorities in northwest China as genocide and crimes against humanity, and to hold the Chinese government “to account.”

“As the Communist Party celebrates its one hundredth anniversary, it´s worth remembering that China has been a great civilization for more than five thousand years,” he said. “These crimes against the Uyghur people stand out as a black moment in a golden history.”

China has faced growing international criticism and sanctions for its alleged mass detention of more than one million people and its forced sterilization program. The U.S., for example, has stepped up its response under the new Biden administration, including travel bans, financial sanctions and commercial restrictions on Chinese imports. Unlike the British government, the U.S. government has declared China’s policies against the Uyghurs as genocide.

Among its many recommendations, the committee of British lawmakers said the government “should not attend” the Games, which are due to take place in Feb. 2022, and “should urge others not to do so.”

Proponents of a boycott of the Games say that will send a clear message to Beijing about its treatment of the Uyghurs and other ethnic minorities and deny the Chinese government a gold-plated public relations opportunity.

Specifically around the Games, the committee said the government “should abstain” from sending officials to ceremonies or functions, discourage British businesses from any involvement and tourists from travelling. It said the government should also “discourage athletes from supporting or accepting the Chinese government´s propaganda efforts while in-country.”

It said the government should also suggest to the British Olympic Association to not participate in the opening or closing ceremonies, beyond one representative carrying the British flag.

On Wednesday, Johnson indicated that he wasn’t minded to boycott the Games, telling lawmakers that he is “instinctively” against sporting boycotts.

“This country has led the world in condemning human rights abuses in Xinjiang and in putting sanctions on those responsible, in holding companies to account that import goods made with forced labour in Xinjiang,” Johnson said.

In addition to the political boycott of the Beijing Games, the committee said the government should explore a ban on the import of all cotton products linked to Xinjiang. It raised concerns that products made by forced labor are being sold in the U.K., with more than 570,000 people estimated to have been obliged to pick cotton in the Xinjiang region.

The committee also urged the government to implement an asylum fast track for Uyghurs and others fleeing from persecution in China. (Associated Press)