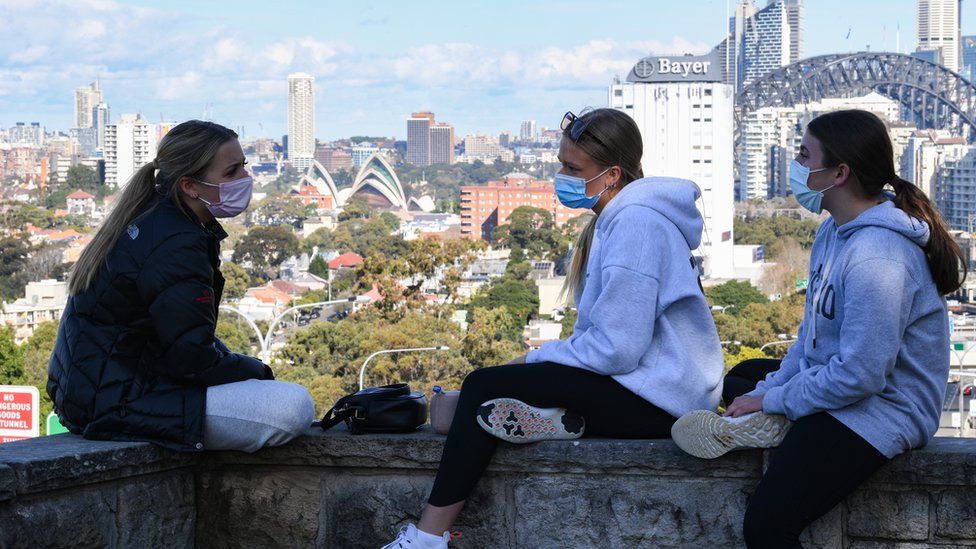 The authorities said a woman, in her 90s, died in Sydney. She had contracted the virus in a family setting.

New South Wales reported 77 new cases on Sunday. There are now 52 people in hospital, with 15 in intensive care.

Sydney is currently in lockdown, as Australia’s largest city fights to contain the highly transmissible Delta strain of the virus.

The reported death is the state’s 57th and the first in 10 months.

She said she feared that “tomorrow and the few days afterwards will be worse, much worse than we’ve seen today”.

Australia has recorded 911 deaths and more than 31,000 cases since the pandemic began.

A stay-at-home order covering more than five million residents in the Greater Sydney, Wollongong and Central Coast areas was due to be lifted on Friday. It has now been extended to 16 July. .

The New South Wales government said it recognised the “pain and stress” that lockdown was causing families and businesses.

Less than 10% of Australians are fully vaccinated. A lack of supplies, specifically of the Pfizer vaccine, means many Australians will not be able to get a jab until the final months of the year.

Australia has used lockdowns and swift contact tracing to combat outbreaks of the virus when it has breached the nation’s strict border defences. (Courtesy BBC)