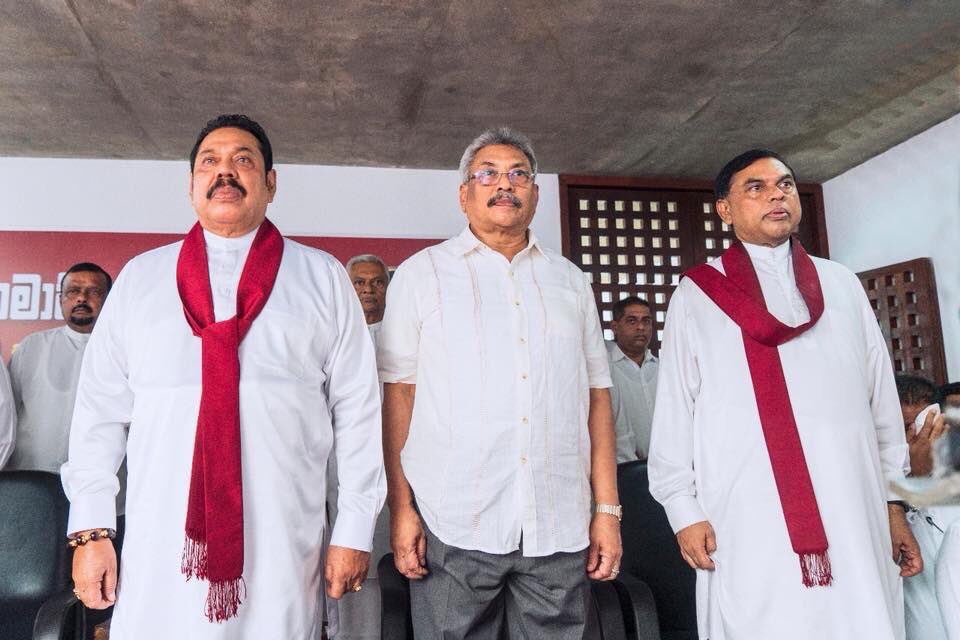 A frustration section in the Opposition, and also those on the social media bandwagon have found a new topic in the induction of Basil Rajapaksa as Finance Minister, that too using the National List route. It’s a misnomer to say that his inclusion now in the council of ministers represents ‘family rule’ in the country.

Such a perception is wrong and unsustainable. When the nation voted the SLPP, first in the presidential poll and months later in the parliamentary elections, that too with a sweeping majority, every Sri Lankan in the heart of his hearts knew they were voting not a party into power but a family –- that too, a family that they had booted out only five years earlier in 2015.

That Basil held dual citizenship, that of native Sri Lanka and adopted US, would come in the way, was known to the voters. They also knew that if the other Rajapaksas were voted to power, they would have the Constitution amended post haste to legitimise Basil’s entry and de-legitimise the Supreme Court verdict, in turn de-legitimising dual citizens from holding elected office.

It is anybody’s guess how and why the court disallowed dual citizens to hold only elected office, and not other offices under the Sri Lankan State and Constitution. The nation has had dual citizens as foreign secretary (Dr Palitha Kohonoa, now ambassador to China) and even the all-important defence secretary (Gotabaya Rajapaksa), both nominated positions. At least in the case of those elected to office, the voter had condoned or supported dual citizens and thus attested to their trust and faith in the men concerned.

However, it is not so in the case of dual citizens holding nominated positions in the high echelons of government. It was at best a reflected trust in the elected President, the appointing authority, who anyway was still a Sri Lankan citizen, and not else. Not at least at that point in time, until incumbent Gota’s case came up ahead of the 2019 presidential polls, which swept him to power.

It thus now becomes clear that critics have nothing much to do through the Covid lockdown times other than to find fault with the Rajapaksas, whose every other family member has dedicated to the larger cause of national service and nation-building. The social media has listed out all the Rajapaksa clan members, and those from the extended family, that have thus dedicated themselves to the service of the people.

That should have been the spirit and dedication of every large Sri Lankan family – Sinhala, Tamil, Muslim and Burgher – to nation-building in this Covid times, when the nation could use with more hands. But then, their turn would come, and the first family will seek their hands when and when alone their own hands and legs feel tired.

But rest be assured that they would never, ever get tired. If that were to happen, yes, they would rather draw out another Rajapaksa, as if from the cupboard, than expect anyone else from across the nation, to do it for them. It is also this altruist dedication that has made the Rajapaksas the apple of every Sri Lankan eye. So, what if those that do not get a chance cast an evil eye on those that cannot forsake or forego their national duties as if they were family responsibilities?

The Rajapaksa family commitment to nation-building knows no bound. Going by media reports, they themselves were/are quarrelling as to who among them should be given the opportunity to do more for the nation. Should, or should not, Prime Minister Mahinda R shed some weight so that the youngest of the four in the older generation of Rajapaksas could serve his conscience to serve the nation, as much as he could, that too after he had to wait for nearly two years after Gota R had become President and with that Mahinda R as PM?

If the Rajapaksa discourse does not often find the oldest of them all, Chamal in the news and hence the discourse, it is not that he is not out of politics. He is very much a Cabinet rank minister, only that he seems to have been satisfied with doing his bid for the nation in bits and pieces. From the next generation, you have Mahinda’s son Namal and others from the clan raring to go faster than they are allowed to.

Where does it all leave the nation with? An economy much worse than the inherited mess. No, it is not anybody’s blame that Covid pandemic interfered with the Rajapaksas’ pre-poll recovery plans in 2019. But it takes a great talent not to attempt early recovery or at least a sudden halt to the slide-down – but to add even more to the mess.

It is anybody’s guess how Basil as Finance Minister hopes to help arrest the slide, halt and then hope for a recovery – and say his prayers. Going by the looks of it, if there is a Sri Lanka still left, without having been pledged or sold out to China, especially, then it will require more and more generations or Rajapaksas to attempt recovery – nay, serve the nation by having to pull it out of the Indian Ocean.

President Gota seems to be coming up with unilateral decisions on banning import of chemical fertilisers, turmeric and a host of other farm and non-farm products, if only to make the Sri Lankan farmer prosperous and happier, that too overnight. Prosperity cannot come overnight, nor can it follow the market economy pattern that deprived of that prosperity decades earlier.

In the process, farmers’ prosperity has not been delayed, but it seems they are now being denied the same for a long, long time to come. The effect of Gota Formula, if it could be called so, is for the farmers to get impoverished even more by not raising crops, or getting the due produce, for a few seasons until the government is in a position to supply them with natural fertilizer.

It looks as if no one seems to have told the decision-makers that natural fertilisers do not grow naturally, or in so growing can defy logic and calendars, can fast-track their own growth, before fast-tracking the growth and prosperity of the farmer. Unless of course, you have China possibly wanting to supply natural fertiliser, too, when the Sri Lankan farmer is ready to accept whatever goes by that name!

It is this that Basil too  as Finance Minister will be asked to work out, cut the head according to the cloth. Mahinda failed already, but only around the time Basil was sworn in first as Finance Minister and later as Parliament member, President Gota reiterated his commitment to continue the ban on chemical fertilisers, but with committing himself to make the farmer prosperous here and now – or, help him retain whatever is left with him, even if he is in the red for years now.

The problem for Basil is that the economy is as much in a mess at the macro-level as it is at the micro-level. The reverse is truer. So, where should he begin to try and set matters right, from the top or at the bottom? After all, he is in the middle of it all. And maybe he will soon find out that Mahinda is happier that he is not there just now – and Got, that he never ever was there, either!