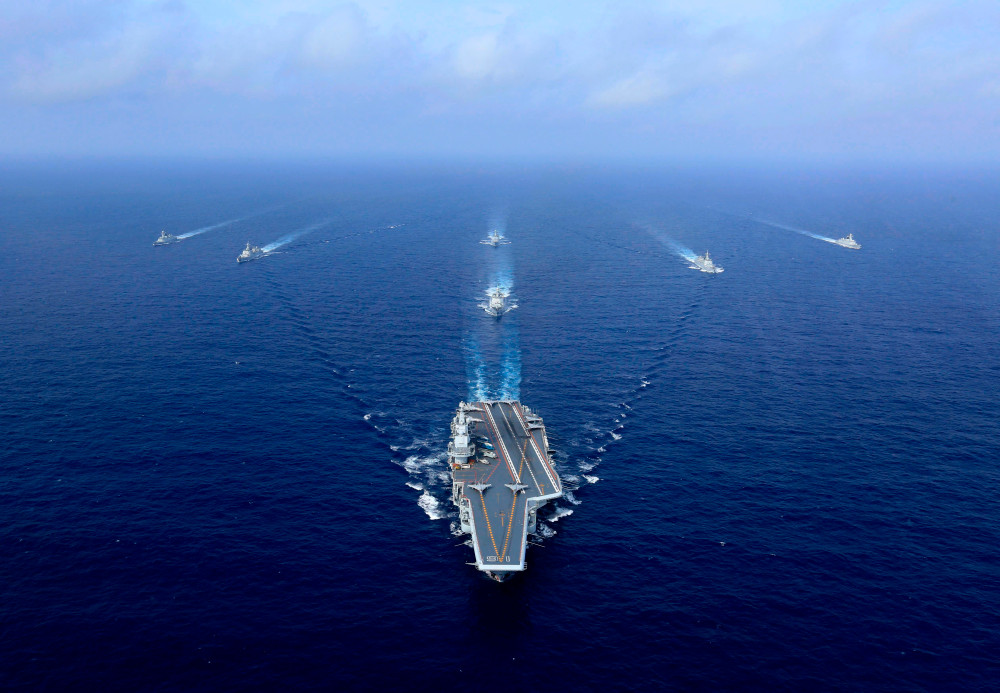 On a small, sandy atoll smack dab in the middle of the Pacific Ocean lies a rundown airstrip that served as a critical U.S. staging and supply hub during World War II. Today, this 6,000-foot runway in the Pacific island country of Kiribati is once again on the front lines. This time, China has its eyes on this prized piece of geopolitical real estate—one located around 1,800 miles from sensitive U.S. military installations in Hawaii.

Beijing is hardly content to limit its military basing pursuits to the South Pacific. The People’s Liberation Army (PLA) is already making serious headway securing new bases in Cambodia, Tanzania, and the United Arab Emirates, among other locales. Whether or not Washington can derail Beijing’s plans is anyone’s guess. Either way, U.S. policymakers and military brass could soon wake up to a changed world, where the PLA can project its power far beyond the tense Taiwan Strait.

Although the U.S. Defense Department’s China Task Force recently characterized Beijing as Washington’s “number one pacing challenge,” the Pentagon’s 2022 budget continues a troubling trend of treating the PLA as a long-term, “over-the-horizon” threat. Case in point: The Pentagon’s wish list for its new Pacific Deterrence Initiative doubles down on costly, long-term, platform-centric investments at the expense of urgently pressing priorities, such as security assistance funding to strengthen vital alliances and partnerships. Also missing from the initiative are funds to reassess the military’s regional posture on account of the PLA’s efforts to secure an expanded foothold in the Pacific.

The current push for a Chinese base in Kiribati is eerily reminiscent of Beijing’s efforts to secure its first (and for now only) overseas military base in Djibouti in 2017. Just as it did then, China has leveraged a combination of deft diplomacy, elite capture, and strategically timed investments to win over the host nation government. The resulting arrangement, details of which have been withheld from the Kiribati public and political opposition, reportedly calls for Beijing to refurbish and expand the remote airstrip. Future construction, conducted under the ostensible guise of economic development and climate change adaptation, could provide Beijing with what amounts to a fixed aircraft carrier capable of supporting fighter deployments and a full range of unmanned operations, whether for reconnaissance or potential combat. And that’s just for starters.

China’s ambitions in Cambodia are much closer to fruition. Since at least 2020, the U.S. government has acknowledged China’s interest in establishing a military outpost at Cambodia’s Ream Naval Base on the Gulf of Thailand. Satellite imagery has revealed rapid construction at Ream Naval Base, including the demolition of several U.S.-funded buildings, prior to the June Phnom Penh visit by U.S. Deputy Secretary of State Wendy Sherman. Thereafter, the U.S. defense attaché in Cambodia was denied full access to Ream Naval Base during a Cambodian government-sponsored trip aimed at dispelling concerns about Chinese activities at the base. All told, Cambodia’s lack of transparency has reinforced suspicions that the upgrades at Ream are part of a clandestine Chinese buildup that would allow Beijing to project power into the Indian Ocean.

Besides Cambodia, Washington has also long viewed the UAE as one of Beijing’s most desired basing locations. A base in the Emirates would significantly expand the PLA’s maritime footprint in and around crucial maritime chokepoints, including the Strait of Hormuz and the southern entrance to the Red Sea. A UAE base could also be part of a chain of other potential Chinese military locations on the Indian Ocean, including in Pakistan and Myanmar. Although the UAE has traditionally been more closely aligned with the United States than China, Abu Dhabi has been keen to deepen its ties with Beijing as a hedge against Washington’s diplomatic overtures to Tehran.

Back in 2018, for example, the UAE and China inked a $300 million deal to upgrade the COSCO Shipping Ports Abu Dhabi terminal, which is located near both the Al Dhafra Air Base, home to 3,500 U.S. military personnel, and Jebel Ali, the port in Dubai that sees the most visits by U.S. Navy ships of any location outside the United States. Since then, the UAE elected Huawei as its 5G rollout partner despite U.S. objections. The UAE’s courting of Beijing also included its embrace of China’s vaccine diplomacy initiative, which resulted in the purchase of hundreds of thousands of defective doses of the Sinopharm vaccine.

More recently, U.S. spy agencies monitored two PLA planes traveling to the UAE, where they unloaded unspecified cargo. These kinds of contacts threaten to derail the planned sale of F-35 fighter aircraft to Abu Dhabi as fears intensify in Washington that the Emirates could share the sensitive fighter technology with China.

All told, China’s basing moves don’t tell us much about Beijing’s intentions that we haven’t already known for years. What they do lay bare are the deficiencies in Washington’s siloed and self-defeating strategy to counter the PLA’s global aims. One major impediment is the transnational basing issue does not fall squarely within any one box on the U.S. Defense Department’s organization chart. What’s more, China’s basing pursuits—whether in the Pacific, the Middle East, Africa, or the Arctic—aren’t truly at the core of the China challenge, nor does the United States’ success hinge on altering China’s intentions. Instead, the key variable in undermining China’s grand strategy lies in influencing host governments—and reducing their receptivity to Beijing’s basing overtures. It is on this front the United States enjoys many advantages, one of which is the majority of these basing projects have not yet broken ground. (Courtesy Foreignpolicy.com)