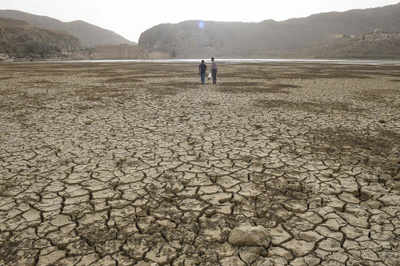 Despite recent overtures by the Pakistan government for holding dialogue with the Baloch people to resolve their problems, there remains widespread scepticism about the initiative.

Writing in the Sindh Express, Omar Qazi notes that the Baloch have a long history of rulers ranging from former Pakistan Prime Minister Asif Zardari to former President Gen Pervez Musharraf, who make tall promises and ultimately not delivering.

He further points out that gas produced in Balochistan’s Sui area was supplied to Punjab and Khyber Palchtunwa provinces but denied to households in Sui region in Balochistan.

According to Qazi, discrimination and injustice against the Baloch was further illustrated by the discrepancy between Balochistan’s contribution to the Pakistan National Exchequer and the returns given to the region in terms of development.

He underlined that Balochistan meant much more than Gwadar Port with its borders with Iran and Afghanistan, particularly in the current scenario of withdrawal of American troops from Afghanistan.

Meanwhile, in another report in the Express Daily, provisional parliamentary leader of the Balochistan National Party, Malik Naseer Ahmad Shahwani, complained about the destruction of agricultural crops in Balochistan with landlords suffering a loss of over PKR 40 billion due to the current drought, restrictions on the use of electricity, curtailed water supply from Sindh and neglect by the federal government.

The Balochistan government had reportedly complained to the Indus River System Authority (IRSA) against Sindh province for stealing its water and even threatened to stop water supply to Karachi through the Hub dam.

Incidentally, according to some Pakistani media reports, the Iranian government had also cut off the (July 6) power supply to Makran province in Balochistan without prior information plunging the three districts of Ketch, Gwadar and Panjgur into darkness. (ANI)