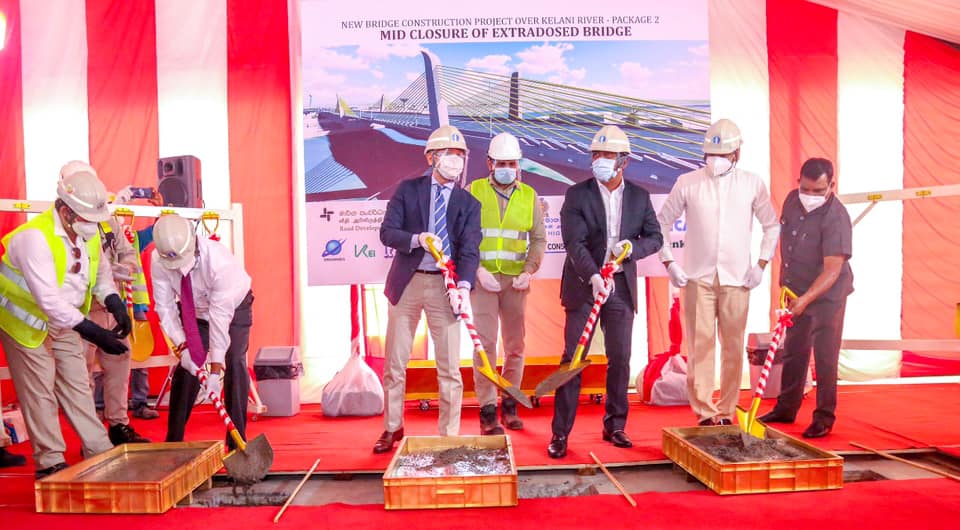 The state-of-the-art bridge under construction in Kelaniya was connected at the centre today.

The new Kelani Bridge at Peliyagoda was ceremonially connected at the centre by Highways Minister Johnston Fernando and other officials.

Preliminary plans for the new Kelani Bridge project were drawn up and agreements were signed in 2014 under the leadership of then President Mahinda Rajapaksa.

The new Kelani Bridge project starts from the Colombo-Katunayake Expressway at the Peliyagoda Bridge Junction and ends at the Orugodawatta Junction and Port Access Junction.

The bridge has six lanes from the end of the Colombo – Katunayake Expressway to the Bandaranaike Roundabout and will be four lanes from there on to the Orugodawatta, Ingurukade Junction and the Port entrance.