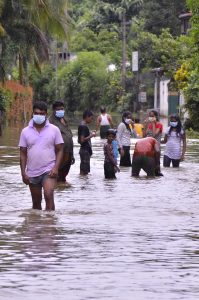 A flood warning has been issued as water levels of several rivers began to rise last night following heavy rain.

The Irrigation Department urged residents living in close proximity to the rivers to remain vigilant.

Meanwhile, rainfall exceeding around 150 mm had been recorded in the upstream catchment areas of the Nilwala River Basin as of 4.00 AM today.

Heavy rain and strong winds are expected in several parts of the county today and tomorrow (Sunday). (Colombo Gazette)