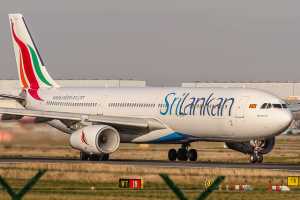 SriLankan Airlines today denied claims it suffered a mid-air fuel shortage in a flight travelling from London to Colombo.

The airline said that on July 6th, 2021, SriLankan Airlines flight UL504 en route from London to Colombo had to take a longer flight path from its regular journey as the Kuwait Air Traffic Control denied entry into their airspace as their primary radar was unserviceable. The Aircraft had to be rerouted via a longer route avoiding Kuwait airspace.

Even though UL 504 had sufficient fuel to return to Colombo, as an additional precaution, a technical stop was planned in Trivandrum after coordinating with the Airline Operations Control Center to refuel the aircraft in Trivandrum and flew into Colombo.

The airline said that the safety of its passengers and crew is of paramount concern as they strive to keep the flights safe and secure.

Sri Lankan Airlines said that it continues to keep safety at the forefront without jeopardizing the safety of the passengers, crew, and equipment. (Colombo Gazette)