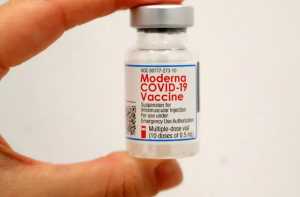 The Pfizer vaccine has been administered on 2171 people in Sri Lanka so far while the Moderna vaccine is yet to arrive in the country.

This was revealed during a discussion held with President Gotabaya Rajapaksa today.

The President’s Office said that vaccines scheduled to be received by Sri Lanka this month will be made available to the public in high risk areas.

Accordingly, the President has said that 200,000 doses out of the total two million Sinopharm vaccines to be received on July 11 will be allocated for the Colombo District, 500,000 for Gampaha and 300,000 for Kalutara in order to complete the vaccination of all persons over the age of 30 in the Western Province before the 30th of this month.

Sri Lanka is to receive 1.47 million doses of the AstraZeneca vaccine within the next two weeks. Out of this, 600,000 doses will be allocated for the Colombo District for those who have received the first dose. The President instructed the authorities to ensure that the balance is given as the first and second dose for the people in the Kegalle District.

It was decided to administer future vaccine doses which will arrive in Sri Lanka in a scientific manner, taking into account the spread of COVID-19 in the country.

President Rajapaksa also instructed that steps be taken to provide more space for the resumption of economic activities as a significant percentage of doses have already been given to the people. It was also discussed the need to brief the foreign diplomatic missions in Sri Lanka on the local vaccination drive and the current situation in the country.