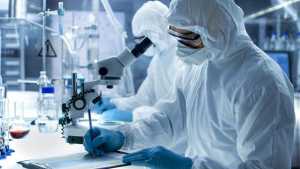 Health officials are maintaining a watch for the Lambda and Delta variants of the coronavirus, the Health Promotion Bureau said today.

Director of the Health Promotion Bureau, Dr. Ranjith Batuwanthudawa said that so far only 17 people have been detected with the Delta variant.

However, he said the health authorities are on alert and are maintaining a watch for both the Delta and Lambda variants.

Dr. Ranjith Batuwanthudawa said that genomic sequencing is being carried out at the Colombo University and Sri Jayewardenepura University.

He also said that the Lambda variant is still circulating mostly in Latin American countries.

However, he said that Sri Lanka is on alert and on the watch for the new variants.

According to reports, the Lambda variant, or C.37, was first detected as early as last August 2020 in Peru and was being monitored as an alert for some time prior to its new designation.

Foreign media reports indicated that as of mid-June, the variant had been detected in over 30 countries or territories with a particularly high prevalence in South America.

The World Health Organization said the variant’s mutations could increase its transmissibility or possibly increase its resistance to neutralizing antibodies. (Colombo Gazette)