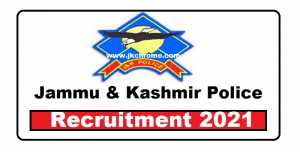 There are 1,350 posts – 675 for each battalion– Mr Zaman said, adding that about 40,000 applications have been received for the vacant posts in Jammu and Kashmir Union Territory as well as Ladakh.

Speaking to ANI, Mr Zaman said, “Jammu and Kashmir Police Border battalion recruitment rally has been organised in Baramulla district. Participants are enthusiastic. We are receiving a good response. There are a total of 1,350 posts for both battalions of Jammu and Kashmir.”

“There is total transparency in the process and we have made good use of technology for the tests,” he added.

Mr Zaman said there was a tremendous response to the recruitment and people were enthusiastic.

“We are calling fewer candidates for the process due to COVID protocols and it will continue like this. This battalion will augment Jammu and Kashmir police and was an employment opportunity for the youth of the border areas,” said Mr Zaman.

Mohd Ayoub, a participant from Tulail LOC said, “We appeared in a physical test in which racing, high averment, and other physical tests were done in which a good number of youth passed these tests to join the police border battalion. Jammu and Kashmir police has conducted recruitment of two border battalions one in Jammu and one in Kashmir and they are giving preference to local youth.”

According to SSP, this battalion works in coordination with other security forces to protect border infiltration also and keep eyes on drug smuggling from the Pakistan side which helps to protect society. (NDTV)