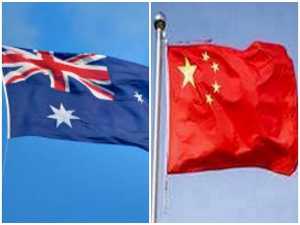 Canberra [Australia], July 4 (ANI): Matt Canavan, the Senator of Australia’s National Party, has called China one of the ‘biggest threats’ to the country’s liberties and future prosperity.

“There are three Cs which we are challenged with at the moment: There’s COVID, there’s climate change and there’s China,” Sputnik quoted Canavan telling an Australian broadcaster.

He further said that China was “by far and away is the biggest threat to our liberties, freedoms and future prosperity.”

Tensions between China and Australia have escalated over a slew of issues. Relations started to fray in 2018 when Australia banned Chinese tech giant Huawei Technologies from building its 5G network, the first Western country to do so.

Since then, relations have deteriorated and are now perceived to be at their lowest point following Canberra’s criticisms of how Beijing handled the coronavirus pandemic.

Canberra has also been locked in an ongoing trade war with Beijing for several months as China has slapped sanctions on various Australian products.

Last month, Canberra announced that it is heading to the World Trade Organization (WTO), seeking intervention in the dispute with China over the imposition of anti-dumping duties on its wine exports.

This comes after Beijing accused Australia of illegally subsidizing its wine producers, and in November last year announced additional import taxes of more than 200 per cent on Australian wine for five years.

Australia’s AD 1 billion wine export industry reported a 96 per cent drop in exports in the first quarter of 2021 after Chinese anti-dumping sanctions hit profits in the fourth quarter of 2020.

Though China has imposed punitive trade restrictions on Australian coal, barley, meat and wine, it is spending more than ever on Australian imports. (ANI)