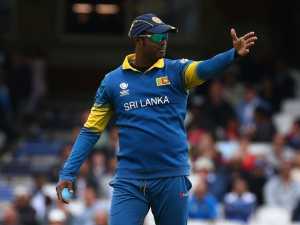 According to reports, Mathews has informed the Sri Lanka Cricket board of his intention to retire and will take a final decision over the next few days.

The Sri Lanka Cricket Board, meanwhile, said that 29 players, out of the 30 members nominated by the cricket selectors to be considered for the series against India, have signed the tour contract.

However, the board said that Angelo Mathews, who was included in the 30-member squad, requested Sri Lanka Cricket to relieve him from national duties, owing to personal reasons, until further notice. (Colombo Gazette)