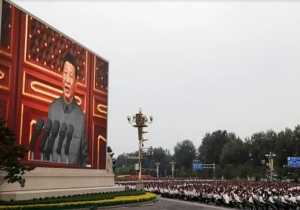 As China marks the 100th anniversary of the ruling Chinese Communist Party (CCP), its leader Xi Jinping is treating the centenary as an epochal event to showcase China’s rise as a model for the world but the international community has little confidence in his leadership.

Pew Research Center recently conducted a survey among the 17 biggest economies of the world– in Europe, North America and the Asia-Pacific region–which gave extremely negative views about China.

The study showed that whereas last year negative views of both countries were at or near historic highs, confidence in the US president has shot up precipitously since Joe Biden took office, while confidence in President Xi Jinping remains unchanged and near historic lows.

Ratings for the Chinese President have been consistently low in many countries, particularly across the Western European nations surveyed, since this question was first asked in 2014.

In some countries, though, they have continued to climb in the wake of bilateral tensions and perceptions that China handled the COVID-19 pandemic poorly, said Pew.

The majority of people in every public surveyed say they have confidence in Biden to do the right thing when it comes to global affairs.

Sweden alone saw a 70 percentage-point increase in confidence for the US President since last year.

One area where China beats the US in public perceptions is in its handling of the COVID-19 pandemic.

Across all the publics surveyed, a median of 49 per cent says China has done “a good job dealing with the coronavirus outbreak”, compared to 37 per cent for the US.

The only place surveyed that thinks Washington has done a better job than Beijing is Japan.

But China continues to trail the US substantially when it comes to the importance of strong economic ties. Around half or more in most places surveyed say it “more important for their nation to have strong economic ties” with the US than China. Only Singapore and New Zealand bucked that trend.

Reflecting high levels of confidence in the US President, overwhelming majorities say Biden is well-qualified for the position, and many see him as a strong leader. Very few view Biden as either dangerous or arrogant. And in most cases, these views are in stark contrast to the views of his predecessor.

The election of Joe Biden as President has led to a dramatic shift in America’s international image. Throughout Donald Trump’s Presidency, the survey around the world held the United States in low regard, with most opposed to his foreign policies. This was especially true among key American allies and partners.

Across advanced economies in Europe, North America and the Asia-Pacific region, few people think the Chinese government respects the personal freedoms of its people. Coupled with this, unfavourable views of China are also at or near historic highs.

Large majorities in most of the advanced economies surveyed have broadly negative views of China.

The unfavourable views have remained largely unchanged since 2020, in the wake of various bilateral tensions as well as a widespread sense that China handled the COVID-19 pandemic poorly.

But, few have confidence in Chinese President Xi Jinping to do the right thing in world affairs. These negative evaluations of him are at or near historic highs in most places surveyed. Xi is aware that China is locked in an ideological struggle with democracies, a battle that US President Joe Biden has termed as ‘existential’ and needs myth-making to keep party cadres ready for ‘sacrifice’. (ANI)