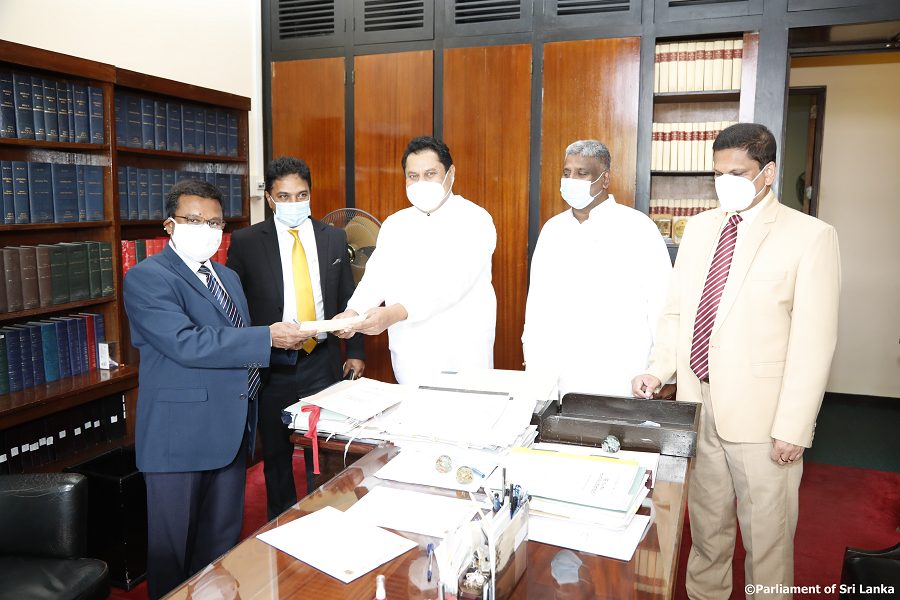 The Parliament media unit confirmed that Ketagoda had handed over his resignation letter to Parliament Secretary General Dhammika Dasanayake.