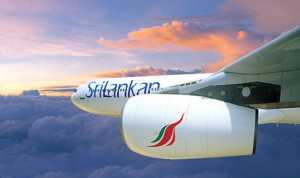 The Committee on Public Enterprises (COPE) has summoned SriLankan Airlines to appear before the Committee tomorrow in order to review its current performance.

Secretary General of Parliament Dhammika Dasanayake said that the Sri Lanka Insurance Corporation and the National Housing Development Authority have also been summoned before the COPE Committee this week.

The COPE Committee is scheduled to meet under the chairmanship of Member of Parliament, Professor Charitha Herath.

In addition to the COPE Committee, a number of Committees and Ministerial Consultative Committees are scheduled to meet this week, Dasanayake added.

Meanwhile, the Select Committee of Parliament to look into and report to Parliament its recommendations to ensure gender equity and equality and the Women Parliamentarians Caucus has is also scheduled to meet on the 08th. (Colombo Gazette)