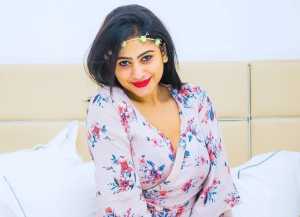 The Criminal Investigations Department (CID) has questioned model Piumi Hansamali following a complaint on threats to the life of  television presenter Chamuditha Samarawickrama.

Hansamali said that she appeared before the CID after being summoned last week.

The model went live on Facebook today and said that she received a letter from the Police instructing her to appear before the CID.

She said that she was later told that the complaint was made by Chamuditha Samarawickrama.

Hansamali dismissed the allegations saying that she will never harm anyone.

Piumi Hansamali was recently ordered to be quarantined together with a number of others who attended the birthday party of event organiser Chandimal Jayasinghe at the Shangri-La Hotel in Colombo.

She had accused a private television channel and Samarawickrama of instigating the Police to have her and the others quarantined despite being granted bail by court. (Colombo Gazette)

PM insists no shoot-on-sight orders given