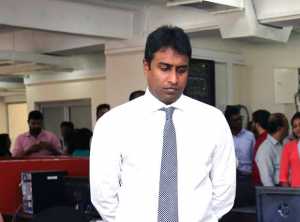 Cabinet has decided to cancel the license issued to W.M. Mendis & Co Ltd to resume operations.

The decision was taken on the advise of President Gotabaya Rajapaksa.

The Excise Department said that permission was granted to recommence operations under strict conditions.

However, when the Cabinet met this evening it was decided to cancel the licence again.

W.M. Mendis & Co Ltd lost its license to produce liquor in 2018 for failing to pay taxes due to the state.

It was reported that W.M. Mendis & Co Ltd was allowed to recommence operations based on an agreement reached with the Excise Department to settle the due taxes with delay charges within a certain time period. (Colombo Gazette)