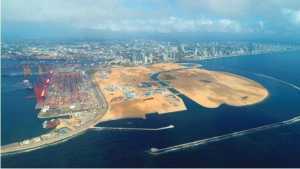 There is indeed a strong case to examine whether Sri Lanka has actually benefitted from these Chinese projects…writes N. C. Bipindra

As the Communist Party of China (CPC) celebrates 100 years of its founding today, much has been said and written about Communist Chinas infrastructure and development activities in Sri Lanka. While commentaries have waxed eloquent on how Sri Lanka’s landscape is being transformed, precious little has been done to critically examine whether the average Sri Lankan on the street has actually benefited.

CPC-funded projects in Sri Lanka are executed by Chinese entities and undertaken using equipment, machinery, and material from China. A significant proportion of labour and most of the top management is also from China. In effect, while Sri Lanka pays for the project, plough-back is into Chinese coffers.

Chinese infrastructure projects have also been associated with a steep rise in Chinese imports into Sri Lanka and reduction of exports to China. This has resulted in a growing trade deficit with China, putting tremendous pressure on the Sri Lankan Rupee.

The only way to offset this trade deficit is by substantial export-oriented Foreign Direct Investment (FDI) flowing into Sri Lanka from China, which is unfortunately not in the Chinese scheme of things.

Chinese projects have also not provided any significant benefit to the average Sri Lankan. More often than not, these are vanity projects, which have been used by powers-that-be for enrichment of self, kith, and kin.

The Lotus Tower, cricket stadium and port at Hambantota and Mattala airport have had no impact on the citizens, who are left struggling with rising prices and dropping income.

The $104 million Lotus Tower was inaugurated in September 2019 with much fanfare. Yet, as with other Chinese projects, it was mired in controversy, with then President Maithripala Sirisena claiming that Chinese contractors were absconding with US$11 million.

The $20 -million airport built at Mattala is now infamous as the ï¿½Worlds Emptiest Airport’. Sri Lanka’s Strategic Enterprise Management Agency had opposed construction of this airport and recommended that Colombo airport be expanded instead.

Similar issues have dogged Hambantota Port, which was built at a cost of $1.4 billion. Sri Lanka was forced to lease out the port for the long-term to the Chinese since the revenue generated by the port was not even enough for repayment of the interest component of the project’s Chinese loans.

In 2017, the port earned only $2 million, whereas the annual loan repayment was in excess of US$70 million. Even at an annual growth rate of 20 per cent, the port would not have been able to cover its interest payments for the next 30 years. Clearly, this port was never intended to be viable in Sri Lankan hands!

Notwithstanding pronouncements to the contrary, the Sri Lanka Ports Authority has an extremely limited role in running and controlling operations at Hambantota. The Sri Lankan Navy also has to plead with the Chinese to berth their own ships at the port.

The Chinese authorities are now pushing for acquisition of 15,000 acres of land around the port to set up an export zone, claiming that the port does not make economic sense without this zone.

Pushed by Communist China, government officials are forcing families to part with fertile agricultural land. This is a standard Chinese tactic seen all over the world and particularly evident in Pakistan, Sri Lanka, and Maldives. However, violent protests by locals have stalled creation of this zone, for now.

The much-publicised US$1.5-billion Colombo Port City being built by CHEC (China Harbour Engineering Company) has also seen its share of controversies. One of the members for the Environmental Impact Assessment of the project was also a consultant for the parent company of CHEC.

This was subsequently quietly re-established to 8 km, under pressure from CHEC. Dredgers were, thereafter, observed to be operating as close as 3 km from the coast, due to connivance of local authorities and CHEC.

CHEC has also subverted the political and bureaucratic apparatus to ensure that the project is executed in accordance with Chinese requirements. It is being claimed that 83,000 jobs would be created for locals and investment of up to $15 billion would flow into the country.

These claims by the Chinese seem unrealistic and it is likely that the project would only bring gains to a select few. Contrary to assertions being made of the overall benefit of the Colombo Port City project, the livelihood of fishermen along the coast to the North and South of Colombo has already been affected by the project.

Large-scale sand mining and quarrying for granite being undertaken for the project will also impact Colombo, Gampaha and Kalutara, the three most populous districts in the country and home to a quarter of the country’s population.

The malignancy of Chinese infrastructure projects is not restricted to economic and environmental domains but is beginning to have a societal impact as well since Chinese projects have not resulted in any job opportunities.

The Port City Project is estimated to have 22 per cent Chinese workers. An average Chinese construction worker is paid 1,000 LKR a day compared to 1,500 LKR that has to be paid to a Sri Lankan. In addition, the Chinese worker is also expected to work longer.

This has obviously made Chinese labour more desirable. Whilst official estimates state that there are 15,000 Chinese workers in Sri Lanka, the unofficial figure is closer to 100,000.

There is also no transfer of skill and knowledge to the local labour force. In a telling indication of the Chinese stranglehold on the local labour market, most major projects came to a standstill when Chinese workers, who had gone home for the Chinese New Year, could not return due to Covid-19 crisis.

Sri Lankan fishermen also face the brunt of poaching by Chinese IUU fishing vessels. IUU stands for Illegal Unreported and Unregulated. Recently, Chinese fishing vessels were found to be operating just outside the territorial waters of Colombo, but government authorities, unable to confront the Chinese, let these vessels off on a technicality.

The tourism sector has also not been spared. A controversy erupted when it emerged that Chinese nationals were moonlighting as unauthorised guides for visiting Chinese tourists.

It is also commonplace to see Chinese symbols and signage on business establishments. The mushrooming of Chinese shops throughout Sri Lanka had reached such alarming proportions that former president Sirisena had raised this issue in one of his Cabinet Meetings.

There is indeed a strong case to examine whether Sri Lanka has actually benefitted from Chinese projects. While some projects have proven to be beneficial, such as the China International Container Terminal and expressways, a vast majority have only benefited the Chinese at the expense of the common Sri Lanka citizen. Word on the street is – Sri Lanka will soon be called Xi-Lanka.

(N.C. Bipindra is Chairman, Law and Society Alliance, and Editor, Defence.Capital magazine. He can be reached at ncbipindra@gmail.com)