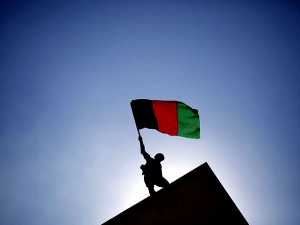 Ahmed in a recent interview with Pakistan’s Geo News broadcaster admitted that the families of most Taliban leaders are in Pakistan.

Ahmed revealed that those Taliban who dies in Afghanistan are buried on Pakistan soil and their wounded fighters are treated there.

“I would like to praise Sheikh Rashid for his revelations about Pakistan support of the Taliban. We need brave Pakistanis to speak on the attack against Afghanistan,” Hamdullah Moheb, President Ghani’s National Security Adviser, said Monday.

Rashid had called on the Afghan Taliban not to allow the Pakistani Taliban known as Tehrik-e-Taliban Pakistan (TTP) to stay and work on Afghan soil.

“The Tehrik-e-Taliban Pakistan has never been in Afghanistan and is not active here. This movement is recognized as a terrorist group and the enemy of peace and stability in Afghanistan and the region,” the Afghan foreign ministry said in reaction to Rashid’s statements.

Islamabad has been accused of aiding the Taliban and using them as proxies for its own benefit. Kabul has long accused Pakistan of providing sanctuary to the Afghan Taliban.
However, the Pakistan officials have so far denied providing help to terrorists.
Pakistani Foreign Minister Shah Mahmood Qureshi earlier this month had denied the presence of Taliban sanctuaries in Pakistan. He had said that the terrorist group’s leaders “are in Afghanistan.”

Moreover, he denied the existence of such institutions in Pakistan and said he “has been hearing of these terms for now decades.”

In an exclusive interview to Tolo News, Qureshi had said, “If you try and create this impression that the violence is high because of Taliban, again, that would be an exaggeration. Why do I say that? Aren’t there other elements over there who are playing the role of a spoiler?” (ANI)