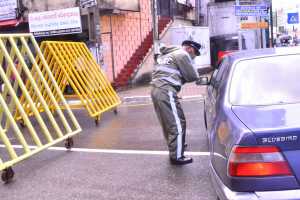 Obeysekarapura in Rajagiriya is among the latest areas placed under isolation.

The National Operation Centre for the Prevention of the COVID-19 Outbreak (NOCPCO) said that a number of areas were placed under isolation from today.

Accordingly, the Obeysekarapura 514C Grama Niladhari (GN) Division in the Colombo District was placed under isolation as a result of the spread of the coronavirus in the area.

Also isolated is the Lower Area of Kotiyagala Watta in the Bogawantalawa Police area in the Nuwara-Eliya District.