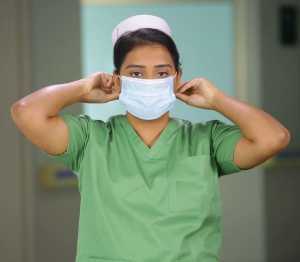 The Government has decided to address five of the seven demands put forward by the Public Services United Nurses Union.

Nurses have been on strike demanding attention to seven key demands.

President Gotabaya Rajapaksa has now taken steps to provide immediate solutions to five out of the seven demands. The President assured that the remaining two demands will be addressed at the next Budget.

According to the President’s office, the five demands which will be met immediately include opening a University of Nursing, reinstating staff status which was suspended during the former Government’s tenure, reinstatement of the mechanism to make promotions from grade iii to grade ii in five years and Grade ii to Grade i in seven years, Rs.20,000 annual uniform allowance, and Referral of the proposal to consider the current 36-hour working hours as five days (30 hours) a week, to a special committee.

The President also agreed to provide an allowance of Rs. 10,000 and an additional service allowance of 1/100 of the basic salary as mentioned in a circular issued by the Ministry of Finance on 24.12.2014 in the upcoming Budget.

The President stressed that the government has the utmost faith in the health sector and will ensure that the nursing service and nurses receive the highest recognition and status. (Colombo Gazette)