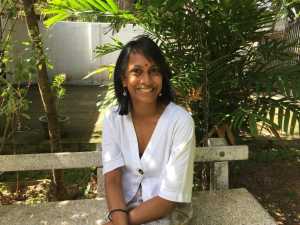 D’Almeida, from Colombo, Sri Lanka, was named the winner by British-Jamaican actress Dona Croll who presented the online ceremony. D’Almeida is the first Sri Lankan to win the overall prize and the second to win for the Asia region.

The 2021 prize was judged by an international panel of writers, each representing one of the five regions of the Commonwealth, and chaired by South African writer Zoë Wicomb.