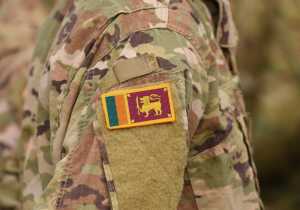 An Army Board of Inquiry is investigating an incident involving a senior officer and a team of Wildlife Department officials in Habarana.

The Army media unit said that a Board of Inquiry was appointed hours after the incident was reported on Friday (25).

The senior officer of the Army was allegedly involved in a heated altercation with a team of Wildlife Department officials in Habarana on Friday.

Chief of Defence Staff and Commander of the Army General Shavendra Silva ordered the appointment of a Board of Inquiry headed by two Senior Major Generals in order to find and verify facts related to the incident since Police complaints have been lodged.

This was in addition to a parallel Military Police investigation that came into effect soon after the incident.

The Army media unit said that the Board of Inquiry is still in the process of recording details and evidence and is expected to complete its findings shortly and hand it over to the Commander of the Army. (Colombo Gazette)