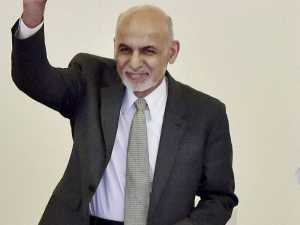 June,26 [ANI]: Afghanistan President Ashraf Ghani on Friday (local time) said that he warned US President Joe Biden that Washington’s move of withdrawing troops will have consequences for both sides, though he did not ask Biden to delay the withdrawal.

“President Biden’s decision is a transformational decision that is going to have consequential results both for the people of Afghanistan and for the people of the United States in the region,” Ghani said during remarks in Washington, reported Sputnik.

Ghani further said that discussions with the US have been very productive and countries in the region should “bet” on the Afghan government to remain in power, not on other forces. He said that Biden has made clear that the United States will continue to provide security and humanitarian assistance to Afghanistan.

Furthermore, the Afghan President announced that Afghan security forces have taken back a number of districts that had fallen to the Taliban in southern and northern Afghanistan. Ghani called on the Taliban for a ceasefire and to return to the political process.

“The Afghan government needs to manage the consequences that will emerge after the US withdrawal and the Afghan people must rise to the challenge,” he said.

Biden and Ghani met at the White House as US troops are leaving Afghanistan after over two decades of military operations there. The United States has already withdrawn more than half of its troops from Afghanistan and expects to largely complete by July, well ahead of the September 11 deadline, Sputnik reported.

The White House on Friday announced a series of measures to provide assistance to the South Asian country amid troop withdrawal, including donating three million doses of the Johnson and Johnson vaccine to the people of Afghanistan through the COVAX facility.

Additionally, the United States Agency for International Development (USAID) is also supporting Afghan efforts to respond to the critical shortfalls in oxygen and medical ventilation support by providing emergency and structural assistance.

Biden had earlier announced that the US will start its final withdrawal of troops from Afghanistan on May 1 and complete its pullout ahead of the 20th anniversary of the September 11 terrorist attacks. The withdrawal could be well ahead of the deadline. [ANI]