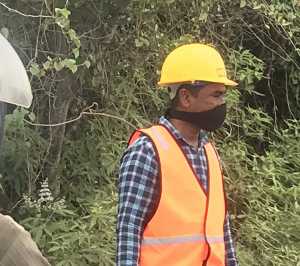 Tamil National Alliance (TNA) Parliamentarian M.A Sumanthiran has questioned the decision to give jobs to Chinese nationals in the North.

Sumanthiran initially tweeted an image of a man he claimed was a Chinese working at a project site in Jaffna.

However, he later removed the tweet saying he was informed that it was not a Chinese man.

Sumanthiran expressed regret over the error but added that he will post pictures later of Chinese working in the North.

“It has been brought to my notice that this person is not a Chinese National but a Sri Lankan. I regret the error. Will post pictures of other actual Chinese working in the North in the near future,” Sumanthiran tweeted.

Hundreds of Chinese have been employed to work on these projects in Sri Lanka. (Colombo Gazette)