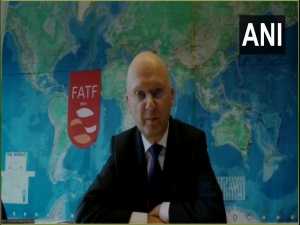 The Financial Action Task Force (FATF) on Friday announced that Pakistan will continue to remain on the global watchdog’s “increased monitoring list”, also known as the grey list, as it has failed to investigate and prosecute the senior leaders of United Nations-designated terror groups.

Announcing the decision, FATF President Dr Marcus Pleyer said: “Pakistan has made significant measures and it has largely addressed 26 out of 27 measures.”

Pleyer, however, added that one key action item still needs to be completed which concerns “the investigation and prosecution of senior leaders of UN-designated terror groups”.

FATF said Pakistan must also demonstrate an increase in money laundering investigations and prosecutions, and that proceeds of crime continue to be restrained and confiscated in line with the country’s risk profile, including working with foreign counterparts to trace, freeze and confiscate assets.

The watchdog’s president, responding to a question, said all action plan items needed to be addressed and goals fulfilled for countries to exit the grey list.

“All countries are equal. This is also our expectation from the Pakistan government,” he added.

Pakistan has been on the FATF’s grey list for deficiencies in its counter-terror financing and anti-money laundering regimes since June 2018.

The virtual meeting of the FATF Plenary took place under the presidency of Dr Marcus Pleyer, while delegates representing 205 members of the Global Network and observer organisations including the International Monetary Fund, the United Nations and the Egmont Group of Financial Intelligence Units were also in attendance.

Continuation on the ‘grey list’ for Pakistan means that it will not get any respite in trying to access finances in the form of investments and aid from international bodies including the International Monetary Fund (IMF).

Pakistan is facing the difficult task of getting its name off from the FATF grey list. As things stand, Islamabad is finding it difficult to shield terror perpetrators and implement the FATF action plan at the same time.

Early this year, Islamabad-based think tank Tabadlab revealed that Pakistan sustained a total of USD 38 billion in economic losses due to FATF’s decision to thrice place the country on its grey list since 2008.

The research paper titled “Bearing the cost of global politics — the impact of FATF grey-listing on Pakistan’s economy” states that that grey-listing events spanning from 2008 to 2019, may have resulted in total GDP losses worth USD 38 billion. (ANI)