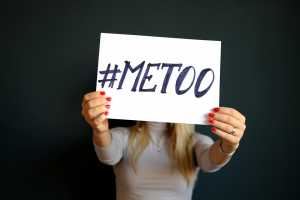 The Media Ministry has decided to snub a #MeToo campaign alleging sexual harassment in newsrooms until there is a formal complaint.

Media Minister Keheliya Rambukwella told reporters today that his Ministry will not launch an investigation based on social media reports.

He said that if there is an incident then a complaint must be made to the Police or the Media Ministry.

Rambukwella said that launching an investigation into any media institution without a formal complaint will be seen as interfering in the media.

A #MeToo movement by female journalists is gathering strong support on social media.

When asked about this at a media conference last week, Rambukwella had said that he was not aware of the allegations.

However, he said that the Media Ministry will launch an investigation into the matter.

Speaking during a post-Cabinet press conference today, Rambukwella however said that an investigation can be launched only if there is a complaint. (Colombo Gazette)