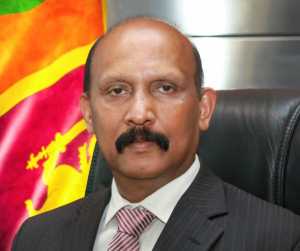 The opposition had recently questioned the presence of foreigners in Tissamaharama wearing clothing similar to the Chinese military uniform.

The Defence Ministry said that the Chinese Embassy had informed Defence Secretary General Kamal Gunaratne (Retd), that the said employees are not members of the People’s Liberation Army.

The Embassy has told the Defence Secretary that the clothes are part of the Chinese company’s uniform.

However, the Defence Secretary has told the Chinese Embassy to educate the respective employer to refrain its employees from wearing the controversial military style camouflage uniforms in future.

The Ministry of Defence has also informed the local company to ensure the staff do not wear such uniforms.

Meanwhile, Cabinet co-spokesman Keheliya Rambukwella had said today that the Criminal Investigations Department (CID) and the Military intelligence had investigated the claims and found that the allegations were baseless.

He said that some groups had raised concerns over the matter with vested interests. (Colombo Gazette)