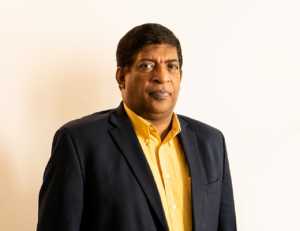 Karunanayake has remained silent since his arrest and release on bail over the Central Bank treasury bond scam.

The Former Minister of Finance and former Foreign Minister has not been active in the political arena after losing the election last August. There had been speculation that Karunanayake had either stepped down from politics or was planning a comeback with a new political movement.

However, in an interview with Daily Mirror, Karunanayake said that he was still very much active in politics and is still a member of the UNP.

“UNP is my party. I guess we are in that process of learning through mistakes and trying to reposition the party to the wants of the people. The problem is that we had a team that was more interested in, you know, displacing Ranil Wickremesinghe rather than displacing or keeping our opponents away from power. So the result was what we have seen,” he said.

Karunanayake said the UNP certainly has to go through some huge changes and needs to be more people oriented, more pragmatic and more human.

“There is no point having power and if the power doesn’t go down to the people. During the last two attempts when we were in Government, there were very few people who were working for the people. It was more or less just one lot that had the benefit. But the people felt that they were estranged from this,” he said.