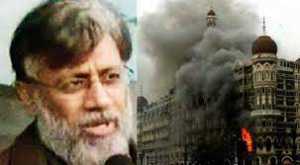 Tahawwur Rana, a suspect in 26/11 Mumbai terror attack case will remain in United States custody, as a federal judge in Los Angeles weighs whether the fugitive will be extradited to India for his alleged role in the 2008 terror attack that killed more than 160 people.

Magistrate Judge Jacqueline Chooljian on Thursday ordered the defence attorneys and prosecutors to file additional documents by July 15, which was reported by a US news agency.

The extradition hearing, at the request of the Indian government, was held in the court of Magistrate Judge in Los Angeles.

Fifteen years ago, Pakistan-born Rana was operating a travel and immigration service in Chicago`s West Rogers Park neighbourhood, helping vacationers set up visits to his former homeland in Pakistan. Indian authorities allege that Rana conspired with his childhood friend David Coleman Headley to assist the Pakistani terror group Lashkar-e-Taiba “in the orchestration of the terror attacks.

Headley and Rana attended military high school in Pakistan together. Rana`s immigration law centre in Chicago, as well as a satellite office in Mumbai, was allegedly used as a front for their terrorism activities between 2006 and 2008, prosecutors say.

Headley, the master plotter of the 26/11 Mumbai attack, had pleaded guilty and testified against Rana. Rana is fighting extradition by claiming double jeopardy because he was acquitted of Mumbai massacre charges in a Chicago federal courtroom.

Rana is arguing that he has already been acquitted of the charges he would face overseas. After asking for COVID-based relief, Rana was actually released from federal prison after nearly finishing his Chicago sentence, only to be immediately re-arrested and re-jailed on the request by India to send him overseas. Learning from media reports on the development New York-based legal expert Ravi Batra told ANI, “Tahawwur Rana, no stranger to conspiring to give material support to terrorism given his conviction for activities in Denmark, resists Indian extradition – the venue of the Mumbai terror attack – as an artful dodger. It remains India`s right and burden to prove his guilt in a court of law in India.” [ANI]