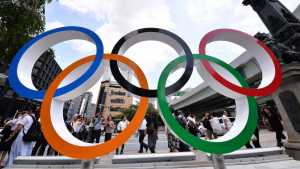 The Japanese Government has asked participants at the Tokyo Olympic Games from six South Asian countries, including Sri Lanka, to take Covid-19 tests every day for seven days prior to their departure for Japan, the Bernama news agency reported.

According to Bernama, Japan’s state broadcaster NHK said on Sunday, athletes and all other members of delegations from India, Nepal, Pakistan, the Maldives, Sri Lanka and Afghanistan will face stricter countermeasures because of the spreading Delta variant, which was first identified in India.

NHK added that the measures would take effect on July 1.

Participants from these countries have already been required to be vaccinated before entering Japan, which is not a pre-condition for athletes from other delegations.

All overseas teams should have members tested twice within four days prior to departure, and every day in principle after arriving in Japan, it added.

The latest step also requires participants from Egypt, Vietnam, Malaysia, Britain and Bangladesh to be tested every day for three days prior to departure.