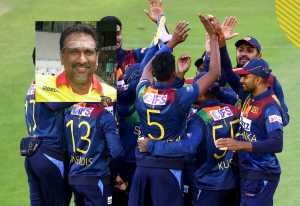 A former Sri Lanka Cricket official has defended the team selected for the England tour despite the T20 series loss.

He said that the he believes the selectors led by Pramodya Wickramasinghe, were looking to groom and prepare a team for the next T20 and 50 over World Cup.

The 2021 men’s T20 World Cup is set to start from October 17 in the UAE, with the final for the 16-team tournament scheduled for November 14.

The next 50 over cricket World Cup is scheduled to be played in 2023.

Dandeniya said that Sri Lanka Cricket selectors picked a young team to give them enough match exposure before the World Cup.

He said that most of the senior players were either not in good form or were not fit. (Colombo Gazette)