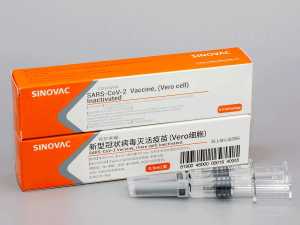 China has defended the strict Non-Disclosure Agreement between the manufacturer of the Sinovac vaccine and Sri Lanka.

The Chinese Embassy in Sri Lanka said that the Non-Disclosure Agreements (NDAs) is a common and import feature of the procurement process for pharmaceutical companies across the world.

The Embassy said that Sinopharm, Sinovac, Pfizer and Moderna impose NDAs and penalties in their deals with buyers.

The Sunday Times reported today that the Chinese manufacturer of Sinovac vaccines, which Sri Lankan plans to procure in the millions, has placed a condition on its purchase contract: if the price of the jab is disclosed or even spoken about in public, the deal is off and there could be legal trouble.

“They [Sinovac Lifesciences Co. Ltd.] have said that if the price in the agreement is disclosed to the public or spoken about in public it will be subjected for termination of the agreement or they will take legal action against us,” V. Nadarajah, Chairman of Kelun Lifesciences (Pvt) Ltd, the local company that has a Memorandum of Understanding with the Chinese firm, writes in a June 13 letter to Prof Channa Jayasumana, Sri Lanka’s State Minister of Pharmaceutical Production.

Nadrajah says this was because “…we are getting a very competitive price for Sri Lanka”. The official name of the vaccine is CoronaVac but it is commonly called the Sinovac COVID-19 vaccine. Sinovac Lifesciences is the Beijing-based unit of Sinovac Biomed that developed the jab.

A regional controversy recently broke out when it was found that the quoted price of the other Chinese vaccine, Sinopharm, was five US dollars more for Sri Lanka (US$ 15 a dose) than it was for Bangladesh (US$ 10 a dose). (Colombo Gazette)