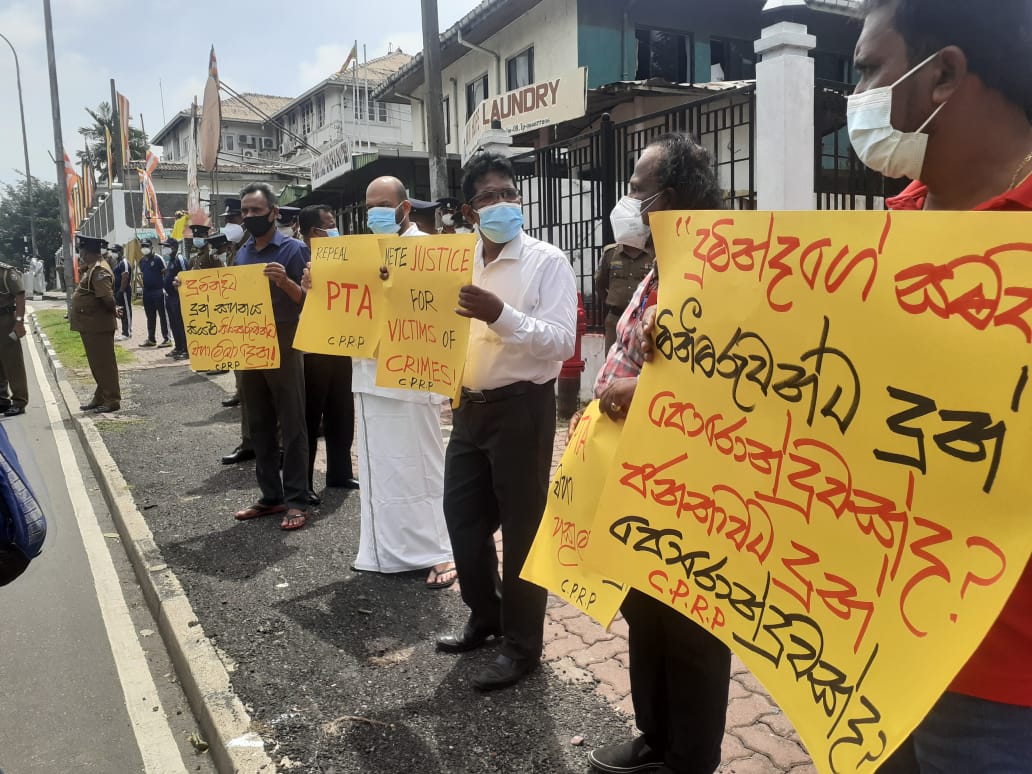 A demonstration was staged near the Welikada Prison today calling for the release of inmates who have been behind bars for several years.

Politicians and family members of those who have been jailed over various charges took part in the demonstration.

The demonstration took place to coincide with the International Day in Support of Victims of Torture which falls today (26th June).

However, the Police obtained a court order against the demonstration, as a result of which, the gathering was cut short.

Meanwhile, some inmates of the Welikada Prison continued a protest on the prison roof today.

The inmates were demanding a presidential pardon similar to that given to murder convict Duminda Silva.

Silva was pardoned by President Gotabaya Rajapaksa this week and was set free.

Duminda Silva was convicted over the murder of Presidential Advisor Bharatha Lakshman Premachandra in 2011. (Colombo Gazette)