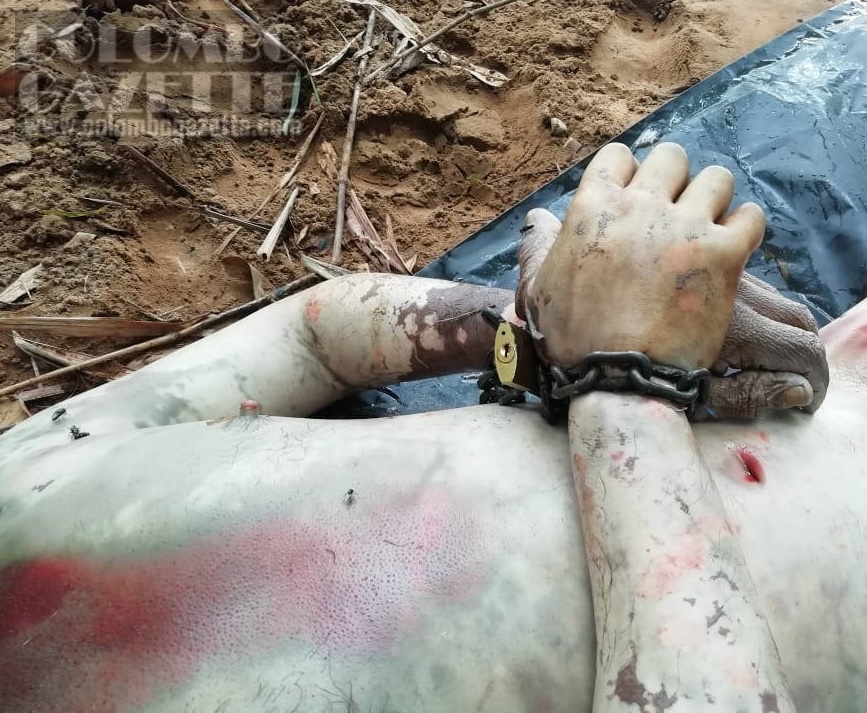 The body of a man with his hands chained, was found in the Kelani river today.

The decomposed body was recovered in the Nawagamuwa area, the Police said.

At the time the body was found the hands were seen chained and padlocked.

He also had a tattoo on one arm.

The Police suspect he was a man reported abducted on 23rd June in Hanwella.