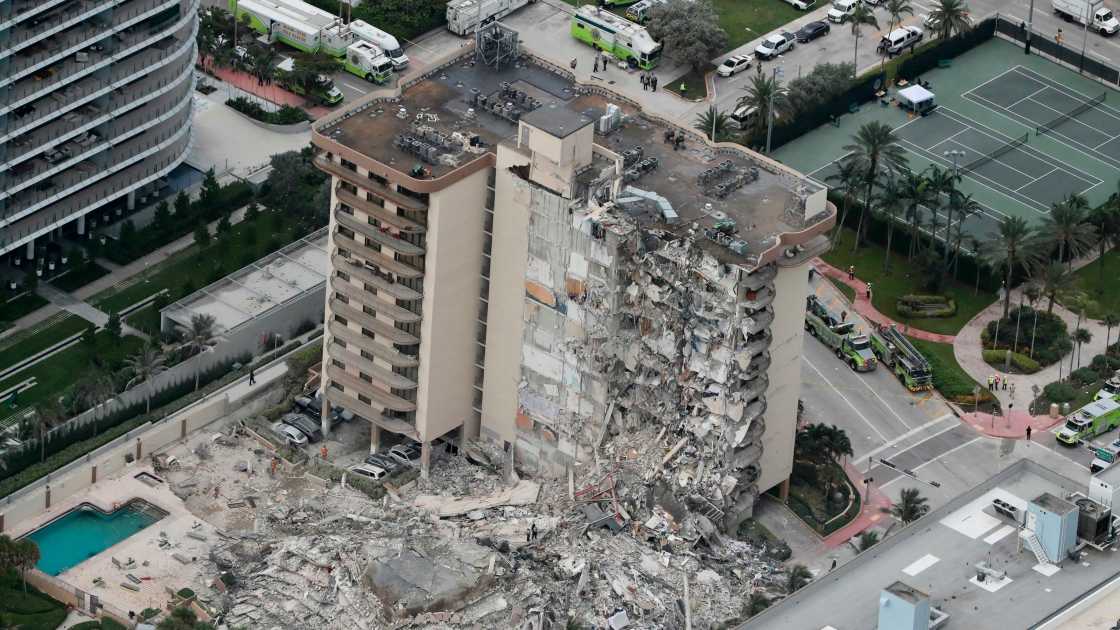 At least one person has died and dozens are missing after the collapse of a 12-storey residential building north of Miami, Florida, officials say.

The number of people who have been located now stands at 102, while 99 are still unaccounted for, according to Miami-Dade Mayor Danielle Levine-Cava.

It is unclear how many people were in the building at the time.

The cause of the collapse – affecting about half of the 130 units in the complex – remains unclear.

The block in the town of Surfside was built in 1980.

A number of Latin American migrants have been reported missing by their consulates.

Relatives of the first lady of Paraguay are also among the missing, Paraguayan officials said. Rescuers were unable to contact the sister and brother-in-law of first lady Silvana López Moreira, along with their three children and a domestic worker.

Rescuers pulled 35 people from the wreckage, officials said. Ten were assessed and treated, of whom two were sent to hospital.

Search and rescue teams are working from a parking garage underneath the wreckage as they explore the rubble for survivors.

A small fire broke out during the search but was extinguished within 20 minutes, said Miami-Dade fire chief Raide Jadallah.

He said they had been using sonar and search cameras as well as specially trained dogs, but it was a “slow and methodical” process because of the risk of shifting rubble.

“The back of the building, probably a third or more, is totally pancaked,” Surfside Mayor Charles Burkett told a news conference.

Florida Governor Ron DeSantis, who visited the site on Thursday afternoon, said the fire and rescue service was still in “search and rescue mode”.

“The TV doesn’t do it justice. It is really, really traumatic to see the collapse of a massive structure like that,” he said.

The BBC’s Will Grant, at the scene, said relatives of the missing have been huddled around a community centre a few blocks from the collapsed building, waiting for information and fearing the worst.

President Joe Biden said he was waiting for Mr DeSantis to declare an emergency and officials from the Federal Emergency Management Agency (Fema) were already at the scene.

“I say to the people of Florida, whatever help you want, what the federal government can provide, we’re waiting, just ask us. We’ll be there,” Mr Biden said.